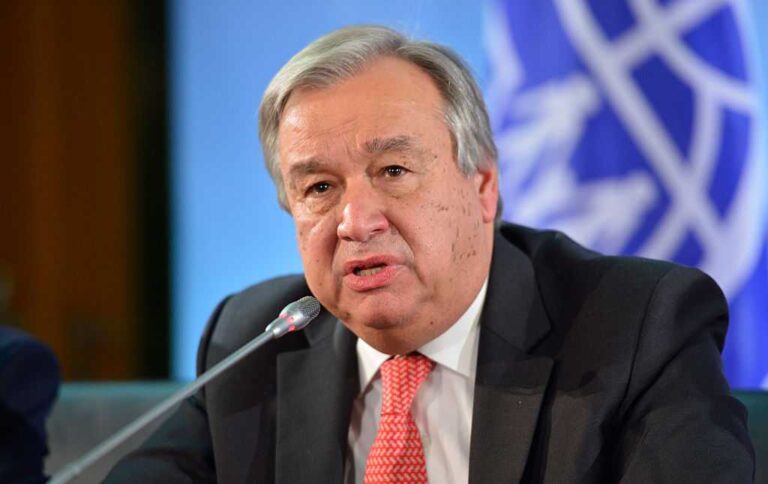 According to the office of his spokesman, the highest representative of the United Nations will attend the opening ceremony of that meeting on July 3.

At this conference, Guterres will speak about his recent announcement that the UN will work to guarantee coverage of early warning systems for environmental events, said the Secretary General’s spokesman, Stéphane Dujarric.

Likewise, he added, the Portuguese diplomat will learn first-hand the steps that the Caribbean region is taking to face climate challenges and build resilience, despite scarce resources.

In Suriname, the UN secretary general will visit an indigenous community in the tropical forest in order to learn more about how to take advantage of the knowledge of these communities on issues of adaptation to climate impacts, Dujarric explained.

He will also arrive at a mangrove site, where he will witness the susceptibility of the country’s coast to flooding, which is increased by rising sea levels and extreme weather events, the spokesman added.

According to UN data, the Caribbean region is among the most affected in the world by climate change, despite having contributed less to the problem due to its very low emissions.

People who live in that area are up to 15 times more likely to die from climate impacts, warned a recent report by the Intergovernmental Panel on Climate Change.

Guterres is currently in Lisbon to participate in the UN Conference on the Oceans, which will take place from June 27 to July 1.