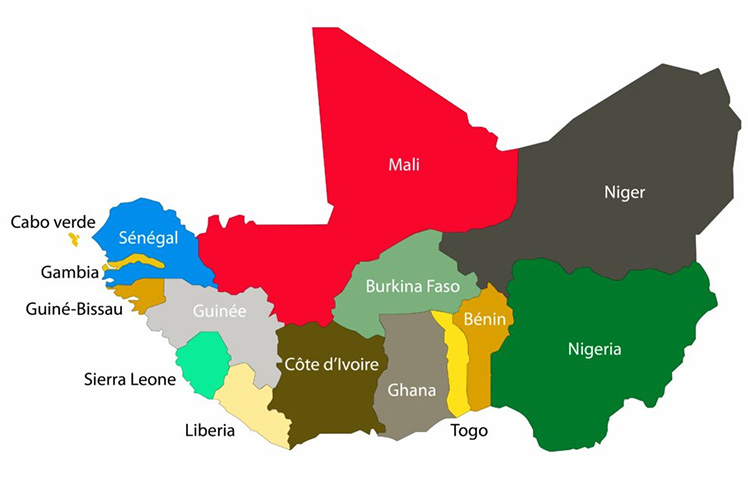 The subregional body released today through a document that in that meeting with heads of state and government it will be determined whether new sanctions are imposed against Mali, Guinea and Burkina Faso, where military junta currently govern.

Previously, Cedeao imposed punitive measures against Mali last January, which include financial and commercial restrictions, and in the cases of Guinea and Burkina Faso they were suspended from the entity’s bodies.

The uniformed men in power in these three countries have as a common denominator that they oppose the establishment of a rapid transition to return the Government to civilians and thus restore constitutional order.

Two days ago, in a meeting with traditional leaders, Prime Minister of Burkina Faso, Albert Ouédraogo, expressed the possibility of reducing the duration of the transition period.

During the meeting, both parties discussed the 36-month transition schedule, which should last until March 2025, and the dialogue process with Cedeao.

For their part, last Wednesday the Malian provisional authorities announced that they had set the presidential elections for February 2024 and the legislative elections between October and November 2022.

Meanwhile, they specified, the constitutional referendum is scheduled to be held in March of next year.

The imposed military junta in Guinea reiterated, on the other hand, that it will hold elections in a period of 36 months, despite the fact that civic organizations, such as the opposition National Front for the Defense of the Constitution in Guinea, ask that the transition be shortened.

In September 2021, a coup d’état occurred in Guinea that deposed the constitutional president, Alpha Condé, the first democratically elected ruler in 2010, replaced by Colonel Mamady Doumboya.

With political and economic situations aggravated after the military riots, both Mali and Burkina Faso are suffering from attacks by radical Islamist groups, which in the last 10 years have killed hundreds of people and caused the displacement of thousands of them.