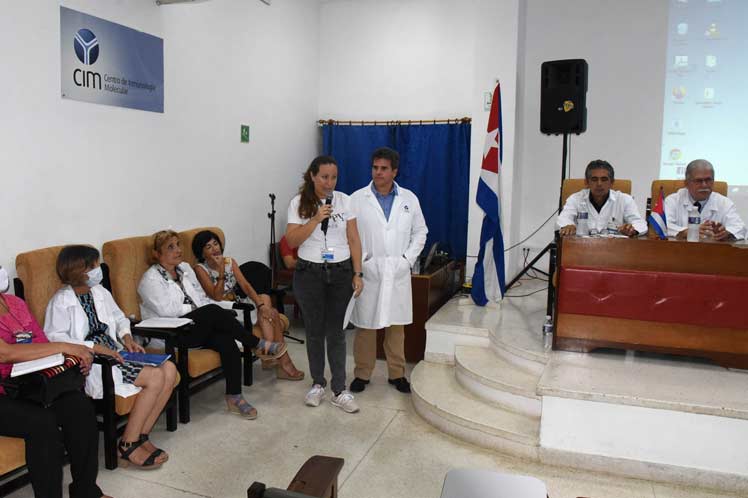 As disclosed at a press conference by the first Deputy Director of the Center for Molecular Immunology (CIM, in Spanish), Kalet León, potential candidates searching is already taking place in Havana in a view to starting off the phase III clinical trial, while a phase IV clinical trial will be later conducted in other provinces.

The NeuroEPO molecule, a nasal pharmaceutical solution of recombinant human erythropoietin with low sialic acid and too similar to the one naturally originating in the human brain, proved to have beneficial effects in mild-moderate Alzheimer’s patients, following first clinical trials conducted in Cuba.

According to Teresita Rodríguez, Ph.D., leading author of the product, the new formulation has proven to have low-level adverse effects, while helping to the formation of new blood vessels and the expansion of neurotransmitters, preventing cell death and having an anti-inflammatory effect, among other benefits.

Leslie Pérez, Ph.D., on the other hand, said the Cuban product will be compared with Donepezil –passed by the US regulatory agency- for these new phases.

In addition to the clinical characterization, patients volunteering the clinical trial in Havana will be assessed from the molecular viewpoint, through determination of beta-amyloid proteins in the cerebrospinal fluid, whose accumulation in brain is identified as precursor to Alzheimer’s.

It is planned to study 413 individuals in Havana alone, while the rest provinces, where health personnel in charge of conducting the phase IV clinical trial are being trained, aspire to include 1,456.

NeuralCIM, which already has a conditioned registration granted by the national regulatory authority, also has the potential to treat Parkinson’s, Ataxia and Acute Cerebral Ischemia.