Russia: attacks by Kiev on nuclear plant are terrorism 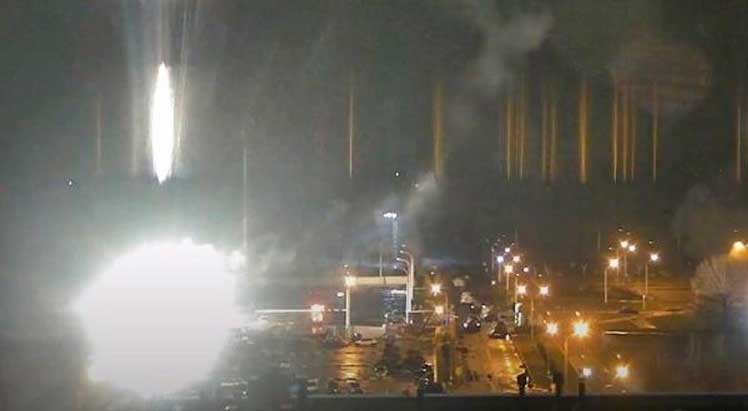 Russia: attacks by Kiev on nuclear plant are terrorism

The head of the Center for Russian Defense Management, Colonel General Mikhail Mizintsev, recalled in statements to the press that on August 5th, Ukrainian nationalists launched an artillery strike on the territory of the nuclear plant, damaging two high-voltage power transmission lines and a hydrogen gas pipeline.

“According to the international convention approved by the resolution of the United Nations General Assembly on April 13th, 2005, these criminal actions of the Ukrainian authorities are considered nuclear terrorism,” Mizintsev said.

The representative added that as a result of last Friday’s action, more than 10,000 inhabitants of the Energodar region were left without electricity and water. He also said that the consequences of a catastrophe at the plant would be much more serious than those in Chernobyl (scene of the most dangerous nuclear accident in history, back on April 26th, 1986).

According to the official, the radiation contamination would cover Kiev, Kharkov, Poltava, Kherson, Odessa, Nikolayev, Kirovograd, Vinnitsa, the Donetsk and Lugansk People’s republics, the border regions of Russia and Belarus, as well as Moldova, Bulgaria and Romania.

“The situation may be seriously aggravated by adverse weather conditions, the nuclear power plant in southern Ukraine and the storage of atomic fuel at the Chernobyl plant, and the water would seep into the area of possible contamination,” the colonel-general added. In that case “the Black Sea and the Bosphorus Strait would become unsuitable for navigation for a long time. The coasts of Turkey, Georgia, Abkhazia, Bulgaria and Romania would be affected by high levels of radiation.”

He also denounced that the United Nations staff continues to create obstacles for an objective international investigation by the leadership of the International Atomic Energy Agency on the state of the nuclear facility.

“The shelling of the territory of the Zaporozhye nuclear power plant by the Ukrainian armed forces is intentional and repeated, it creates a real threat to the nuclear security of not only Ukraine, but also Europe,” Mizintsev said.