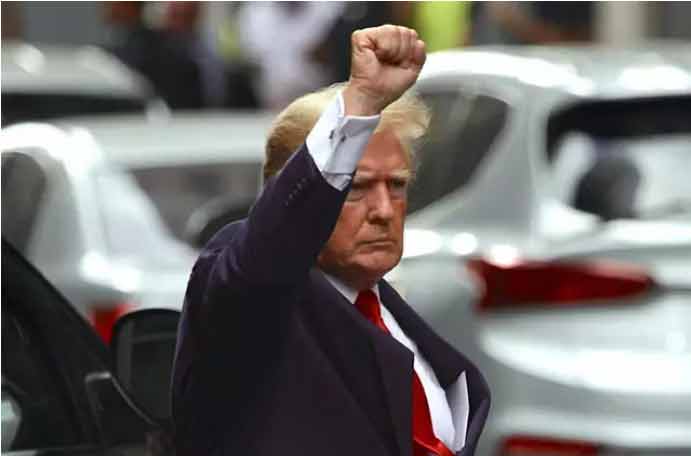 Washington, Aug 12 (Prensa Latina) The FBI who searched former President Donald Trump´s Mar-a-Lago home Monday removed 11 sets of classified documents, including some marked as top secret-SCI and meant to be only available in special government facilities, according to a search warrant released by a Florida court.

According to The Washington Post, the FBI reportedly sought documents containing information about nuclear weapons in the search, but it is unclear if the agency recovered any. The Journal reported that the list did not contain any additional details about what information was in the classified documents.

The newspaper reviewed a three-page list of items that FBI agents took from the Palm Beach, Fla., property on Monday, revealing that they took about 20 boxes of items, binders of photos, a handwritten note and Trump’s grant of clemency to his former adviser Roger Stone, who was convicted in 2019 of lying to Congress, witness tampering and obstruction of an official proceeding.

The list reported by the Journal was included in a seven-page document that also includes the search warrant the FBI executed mentions information about the “President of France.”

Trump and his allies have attacked the search as being politically motivated as Trump considers another run for the White House in 2024.

Republicans have called for answers from the Department of Justice (DOJ) over what led up to the search, and House Minority Leader Kevin McCarthy (R-Calif.) vowed to launch an investigation into the department if Republicans retake control of the House in the November midterm elections.

Attorney General Merrick Garland said Thursday that the department of Justice (DOJ) filed a motion to request that the search warrant be unsealed given Trump’s public notice of the search and the significant public interest in the situation.

Garland also defended the DOJ and FBI against attacks on its credibility, saying that their integrity has been “unfairly attacked.” He said he personally approved the search but did not do so lightly.

The search was conducted over Trump’s potential violations of the Presidential Records Act, which requires presidents to turn over documents to government record-keepers after they leave office.