A sentinel in the mountain 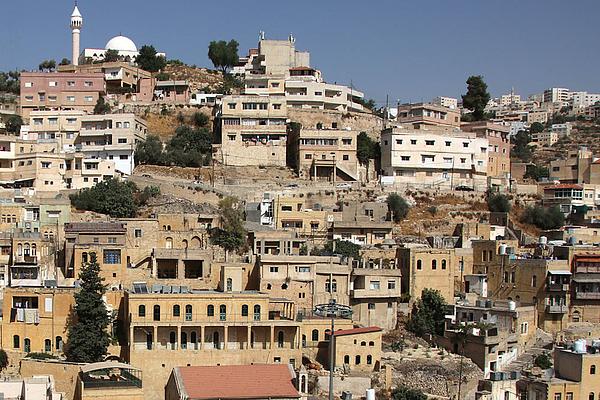 A sentinel in the mountain

Also known as the Citadel of the Mountain (Qala’a Al-Jabal, in Arabic language), it was built in the 12th century to protect the city from the possible attacks of the crusaders, which is why it has a privileged location: it rises in the central hills of Mokattam, from whose height the scenery is fully seen.

The dwellers of the fortress were able to alert of any enemy aggression, but at the same time, its design was conceived to resist all attempt of attack, which is why it continued being the heart of the Egyptian government until the 19th century.

Its construction began in 1176 by the orders of Salah El-Din (Saladin for the Westerners) and it was continued by its successors: the Ayyubid Dynasty, the Mamluks and the Ottoman Empire.

As the first ruler intended to build a fort that would protect him from his enemies, he decided to build its construction blocks with the stones of some small pyramids from Giza and its design was inspired by the elegant and fortified Syrian and Lebanese citadels. For that, he ordered to erect a wall of almost 20 kilometers of length that would connect the margins of the Nile including the city, in addition to a well of 85 meters depth to supply the fortress and its inhabitants with water.

Currently, it constitutes a historical place which comprises palaces, including the Ablaq and the Al-Gawhara; four mosques: the Muhammad Ali, the Al-Nasir Muhammad, the Sulayman Pasha and the Al-Azab, and the museums of the Police and the Army, where ancient weapons, tools and uniforms can be contemplated.

The Museum of the Police operated as a prison during past times, which is why the cells, where the prisoners were kept and accessories worn by them can be observed there; while the Museum of the Army showcases cannons, tanks and weapons used in the different periods of history.

But, without a doubt, the crown jewels of this fortress reside in the mosques of Muhammad Ali –best known as the Alabaster Mosque due to the material that covers the exterior of the lower floors- and the Mosque of Al-Nasir Muhammad, the Citadel’s oldest temple and one of the few buildings that survive the medieval period.

It was declared World Heritage Site by UNESCO in 1976; the Citadel of Saladin constitutes an icon in the history of Egypt, and one of the most important tourist attractions. And, as a good sentinel, it still scans the horizon, a symbol of strength, pride and resilience of the Egyptian people.