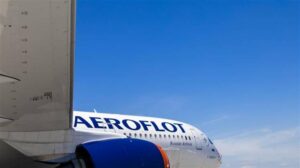 Cuban Ambassador in Moscow Julio Garmendia told Izvestia newspaper that efforts are being made to have, probably in the fall, a definition of the actions to be undertaken in order to restore some flights in the winter.

“We know that Russians are eager to return to vacation in Cuba and Cubans are waiting for them with all the hospitality that characterizes them,” the diplomat explained.

Garmendia recalled that Russia was practically the only country that maintained a flow of tourists to Cuba during Covid-19 pandemic.

In this regard, he added that for two consecutive years, Russian tourism ranked first among Cuba’s tourist-sending countries, and “today it constitutes an important market for economic recovery,” he stressed.

The Cuban ambassador added that since last year, Moscow and Havana have been working to implement the Russian MIR payment system in Cuba.

“The first stage of work is nearing completion, the objective of which is to interconnect the payment systems of both countries. This phase focused on the use of MIR cards in Cuba’s ATMs, and it can be extended throughout the country,” the ambassador explained.

In this regard, he stated that for Cuba, this is one more way for the banking and financial system to expand to other markets, with enormous potential that will greatly facilitate bilateral financial transactions.

Garmendía noted that this step will be a quick and safe advantage for thousands of Russian holidaymakers who will arrive in Cuba. “By the end of this year, these cards are expected to be used in Cuba,” he emphasized.