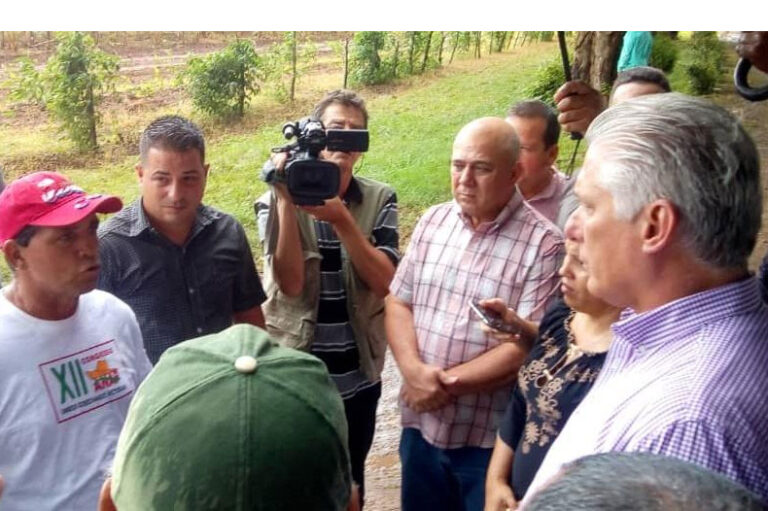 Havana, Sep 15 (Prensa Latina) The first secretary of the Central Committee of the Communist Party of Cuba, Miguel Diaz-Canel, on Thursday visited the Isla de la Juventud (Isle of Youth) special municipality, in the southwestern part of the country, where he verified progress in terms of local development.

Diaz-Canel, who is also the head of State toured La Caoba neighborhood, one of six local communities that have undergone transformations since January 2022, the Presidency of the Republic informed on Twitter.

According to local authorities, in La Caoba, with a population of more than 400, sidewalks, parks, a multi-sports field, and an agro-industrial outlet were built.

Regarding the popular referendum on the new Family Code, the president explained that the legislation provides many possibilities and guarantees “for people with disabilities, those who may have some vulnerability, for children, so that there is no family violence.”

He also praised the research done by social workers in the neighborhoods, whom he described as confidants and friends of the family.

“It is very comforting to see how they defend the founding ideas that (the leader of the Cuban Revolution) Fidel Castro had with the movement of social workers,” he noted.

Diaz-Canel also visited the areas of the III Congreso Ceramics Factory and inquired about the workers’ labor conditions, the salary they receive, and investments. He highlighted the potential of the territory to be self-sufficient and promote citrus crops and forestry.

“If we can carry out an experiment in local development in one place, it is here,” the Cuban president stressed.