Trump to go for the White House, but U.S. justice goes after him 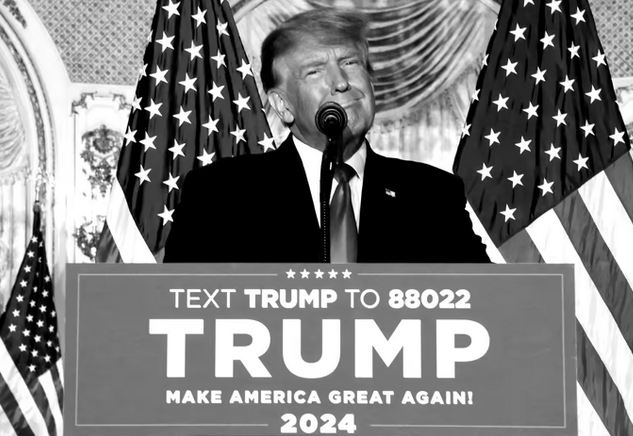 Trump to go for the White House, but U.S. justice goes after him

Washington, Nov 16 (Prensa Latina) Former President Donald Trump´s announcement to seek the White House again in 2024 seems to have little or no impact on criminal investigations weighing on him, specialized sources reported on Wednesday.

Trump is under investigation for his attempts to remain in power after losing in the 2020 elections, his deep involvement in the Capitol assault on January 6, 2021, as well as alleged criminal handling of government records and after keeping classified material in his Mar-a-Lago mansion.

According to Renato Mariotti, former federal prosecutor, his candidacy to president does not change anything, and this is demonstrated by the fact that the Department of Justice (DOJ) opened investigations into Trump despite the fact that he was former president, a likely candidate and the de facto leader of the Republican Party.

As noted by The Hill, Trump’s announcement is seen by some as a failed attempt to avoid a possible indictment.

Attorney and columnist George Conway explained in an article published in The Washington Post that one big reason for his candidacy is that Trump thinks that such a move and the specter of violence from his supporters will protect him from prosecutors.

“He is a desperate man, a threatened and rabid animal, who could face multiple indictments,” Conway pointed out, while adding, “Trump craves power. Even more, he craves attention. And more than ever, after two unprecedented impeachment trials, a humiliating re-election defeat he cannot even admit, and amid manifold criminal investigations and civil lawsuits, he seeks revenge.”

To attorney Andrew Weissmann, “just because someone is prominent doesn’t mean they won’t be prosecuted; it’s not a mitigating factor, I think it’s an aggravating factor.”

In The Hill’s view, Attorney General Merrick Garland seemed to agree with that dynamic as he said at a press conference last August: “Upholding the rule of law means applying the law uniformly without fear or favor.

Earlier this month, CNN reported that the DOJ was discussing whether a Trump´s presidential candidacy would create the need for a special prosecutor to oversee ongoing federal investigations, and included on its staff experienced officials for any decisions after the Nov. 8 midterm elections.

However, bringing charges against a former president would still be an unprecedented decision for the Justice Department, which faces hurdles in its own cases and would likely want to initiate a prosecution well, The Hill noted.

GOP members expect Garland to pursue an indictment against Trump within 60-90 days after the November elections, and, they explained, the possibility of prosecuting him will end once the 2024 presidential campaign gains momentum.