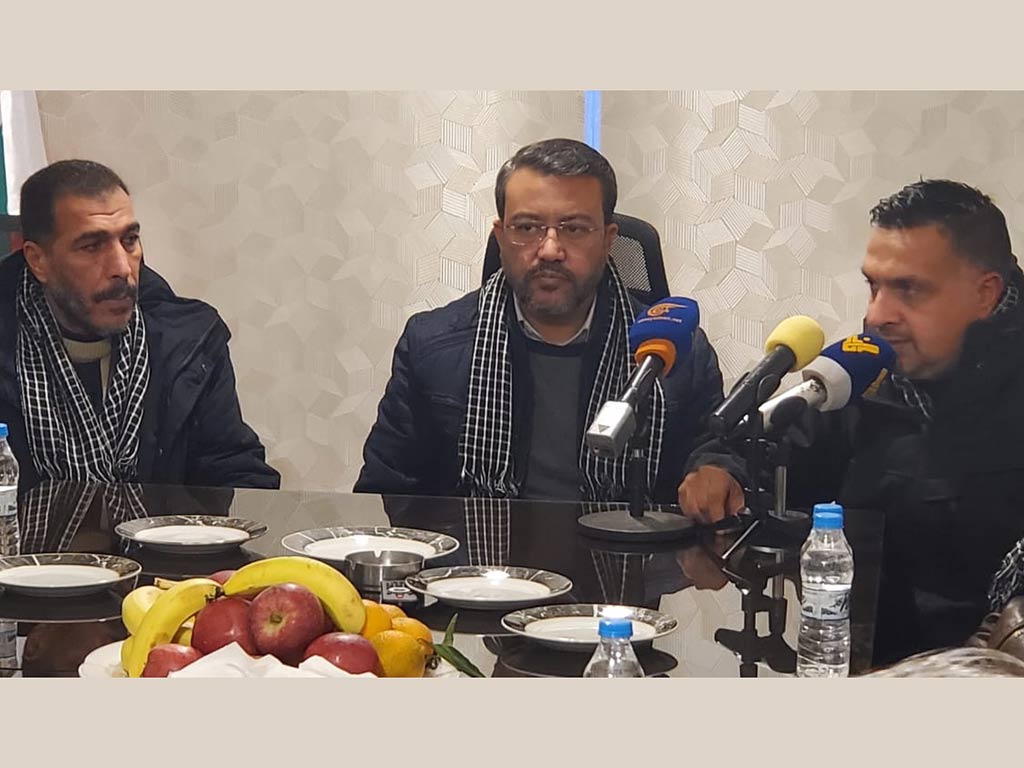 Beirut, Nov 30 (Prensa Latina) The Hezbollah Unions and Workers Unit in the Bekaa Valley and the Baalbek-Hermel Intellectuals Dialogue Platform ratified solidarity with the Palestinian resistance.

In the context of the International Day of Solidarity with the Palestinian People, members of the Lebanese Islamic Resistance and academics reiterated their support for the defense of a sovereign and independent State, during a meeting with a delegation of organizations and fighting factions.

On behalf of the Palestinian movements, Atta Sahweel called on the international community, its organizations and institutions, to assume full responsibility for the crimes and violations committed by the Israeli occupants.

“After more than 75 years of attacks, the Palestinian people continue to cling to their land and homeland, defending their sacredness and rights, and unity in the daily confrontation with the enemy,” he said.

He highlighted the heroism of his martyrs, prisoners and wounded during the clashes against the occupying entity and pointed out that the Palestinian people will not be benefited from a normalization agreement or treaty.

On his part, the person in charge of the dialogue platform of the Baalbek-Hermel intellectuals, Ahmed Zogheib, reaffirmed the commitment to the cause of Palestine and praised the strength of its young people.

On behalf of Hizbullah, Shafiq Shehadeh, head of unions and workers in the Bekaa, reiterated that the Palestinian people have not obtained their inalienable rights defined by the United Nations General Assembly, such as self-determination, independence, national sovereignty and return, and so this confirms to the world, once again, their captivity before Israeli expansionism.