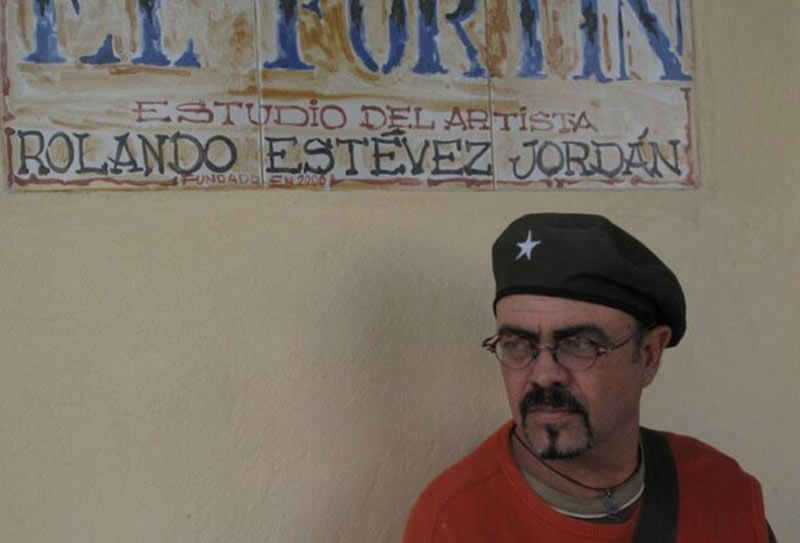 Havana, Jan 18 (Prensa Latina) The Ministry of Culture, the Cuban Book Institute and the Union of Writers and Artists of Cuba expressed their sorrow for the death of the 2010 National Design Award winner, Rolando Estévez.

He died yesterday in Matanzas, his hometown, at the age of 69. He was an outstanding painter, poet and designer, for which he also won the Distinction of National Culture.

His scenic designs received national and international recognition and his work was essential to give the renowned publications of Ediciones Vigía, from that Cuban province, the visuality and prestige that characterize them.

In 1985, in collaboration with writer Alfredo Zaldívar, he founded this publishing house that continues to this day, with its own line of design that distinguishes it and the publication of only 200 copies manufactured and illustrated with original drawings, natural materials, and a great variety of papers and craft techniques.

Ediciones Vigía are part of the collections of the United States Library of Congress, in Washington, the Museum of Atlantic Art, various universities in that country, Canada and other Latin American nations.

In 2002 the Museum of Modern Art in New York (MOMA) acquired the first collection of these books and has continued to increase buying them up to the present.

Critical works and other studies on his work have appeared in the most important art and literature publications in Cuba and in magazines of the United States, Mexico and Costa Rica.

His work was multifaceted, encompassing drawing, installation and manipulated photography, object-art and book-art; in addition to stage design for theater groups like Mirón Cubano, D’Sur, Buendía and Icarón.

He participated with his works in 30 collective salons inside and outside Cuba, and in more than 30 personal exhibitions. He won the book design award from the Salón Nacional de la Gráfica three times, the Art of the Book award twice, as well as the Fayad Jamís Grand Prize for a collection of texts designed for Ediciones Vigía.