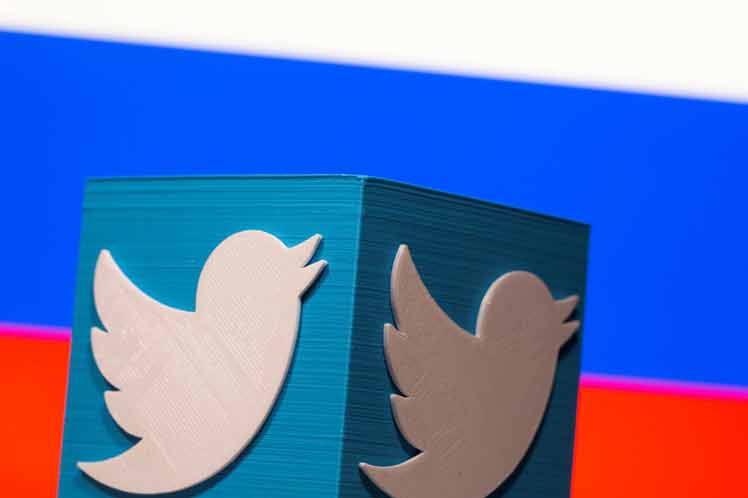 According to the Tagansky District Court of Moscow, in charge of the sentence, the social network violated the rules of access to information established in the Russian legislation, for which it will have to pay 2.4 million rubles (about 31,500 dollars).

Also on Friday, the US company received two fines for the same violation amounting to 3.2 million and 3.3 million rubles (42,000 and 43,000 dollars, respectively).

In the next few hours, the same judicial district must consider three charges against Facebook and another three against Google, although the latter were postponed to May 4.

‘We are hoping that Twitter will take all necessary measures to remove the prohibited information and notify Roskomnadzor,’ it warned in a statement.

Due to Twitter’s violation of Russian legislation, the Russian telecommunications regulator slowed down access to the social network in the country, a measure that affects all cell phones and 50 percent of stationary devices.

Roskomnadzor also informed that it may block Twitter in Russia if the social network continues to ignore the requirements of Russian legislation on the removal of prohibited information.

The regulatory agency included Twitter’s dissemination of information in its list of threats, after failing to remove 3,168 banned publications (2,569 calls for suicide of minors, 450 child pornography profiles, and 149 containing information on drug use).