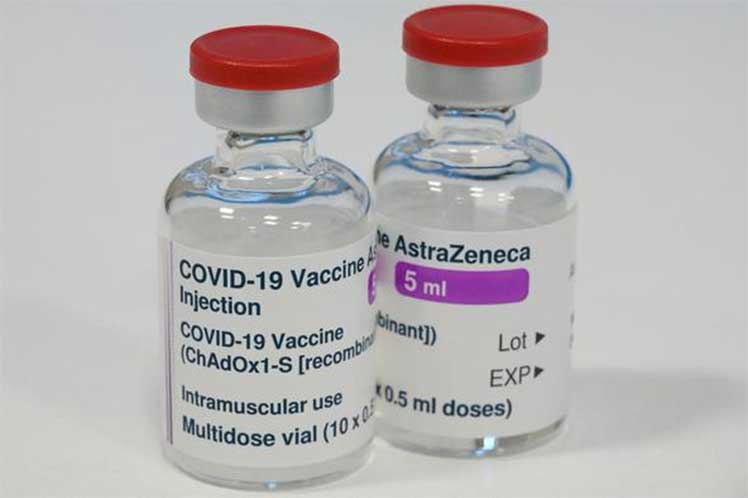 According to the BBC, which cited a document from the Medicines and Healthcare Products Regulatory Agency (MHRA), it is still not clear if they are just a coincidence or a genuine side effect of the vaccine.

In total, of the just over 18 million people who received the AstraZeneca-Oxford vaccine in the country, 30 of them had these blood clots, MHRA said, considering the benefits continue to outweigh any risk.

In a report released by MHRA on Friday showed 22 cases of cerebral venous sinus thrombosis (CVST) which is a type a blood clot in the brain.

These were accompanied by low levels of platelets, which help form blood clots, in the body. The MHRA also found other clotting problems alongside low platelet levels in eight people.

However, concern has led to other nations including Germany, France, the Netherlands and Canada to restrict the vaccine´s use only to older people.

Dr June Raine, the chief executive of the MHRA, said: ‘The benefits… in preventing Covid-19 infection and its complications continue to outweigh any risks and the public should continue to get their vaccine when invited to do so.’

More than 31.3 million UK people have already received at least one dose of AstraZeneca-Oxford or Pfizer-BioNTech vaccines, as part of the vaccination campaign launched on December.

British government foresees that by the end of April the entire adult population, about 52.7 million, have been vaccinated.