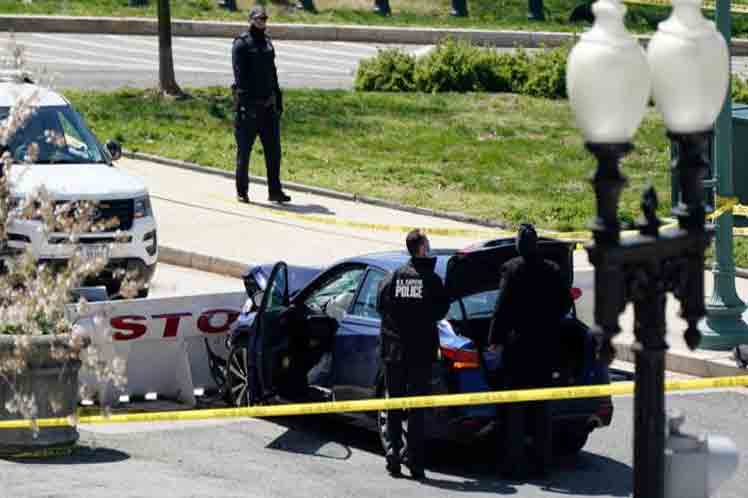 According to The Hill, the driver was shot after jumping out of the car with a knife and failing to respond to verbal commands and lunging at the officers, Pittman said. The suspect was taken to a hospital and pronounced dead a short time later.

Injured police officers were taken to two separate hospitals and ‘one of our officers has died,’ Pittman said at a news conference this afternoon.

No further details are known about the officer who died or even the suspect who died, as probes continue, The Hill reported.

US House Speaker Nancy Pelosi ordered the flag to be flown at half-mast to honor the slain officer.

Shortly after this incident, the Capitol Police issued an ‘external security threat’ advisory. No one was allowed to get in or out of the Capitol building and staff were advised to stay away from doors and windows.

Right in the Senate wing, close to a security station where lawmakers frequently enter, the car incident happened on Friday.

Robert Contee, acting chief of the D.C. Metropolitan Police Department, said that his department would take over the investigation. ‘It does not appear to be terrorism-related,’ Contee said.

After a huge security officer deployment, as a result of the January 6´s Capitol attack conducted by former President Donald Trump´s followers, the security staff recently began to be reduced and outer perimeter fence was raised, leaving only the one closest to the complex.