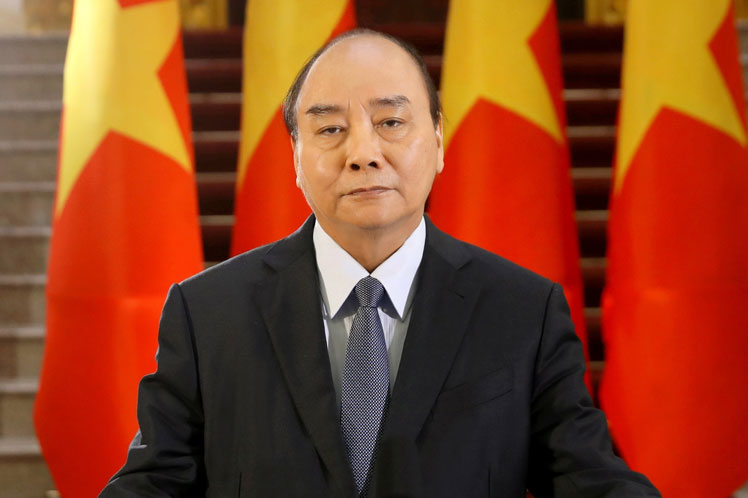 Hanoi, Apr 5 (Prensa Latina) Nguyen Xuan Phuc, member of the Political Bureau of the Communist Party of Vietnam (CPV) and former Prime Minister, was elected on Monday by the National Assembly as the new president of the country, replacing Nguyen Phu Trong.

Xuan Phuc will complete the mandate of his predecessor until May, but in the middle of that month, he could be ratified in office when Parliament itself votes for the head of State for the 2021-2026 period.

The new president was elected with an approval rate of 97.5 percent of the legislators. In his sworn-in statement, he promised absolute loyalty to the nation, the people, the CPV and the Constitution.

The new president highlighted Vietnam’s vocation for peace and his willingness to work with the Governments of other countries and their peoples for the good of Humanity.

Last week, the National Assembly released him as prime minister and nominated him as the sole candidate for the presidency. His work as head of Government since April 2016 was praised by the legislators.

Xuan Phuc replaces Nguyen Phu Trong, to whom Parliament thanked the results of his work, carried out in unison with the responsibility of general secretary of the CPV. In January, Phu Trong was ratified as head of the political organization for a third term.

Until April 8, during its 11th and last session of the 14th Legislature, the National Assembly (Parliament) will elect another prime minister, the vice president of the country and the secretary general, the heads of commissions and the members of the Standing Committee of the Legislature itself.