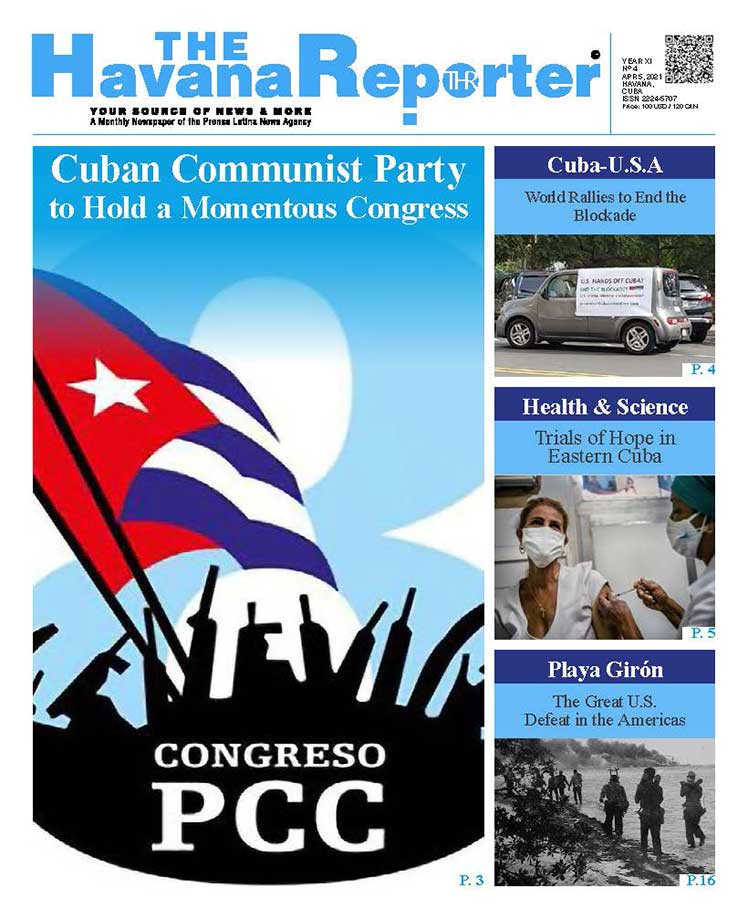 Publicaciones Prensa Latina
The recent caravan held in several countries calling for the end of the U.S. blockade against Cuba, under the slogan Bridges of Love, was also headlined in this number, together with the Cuba policy to be adopted by the new U.S. government, Cuban athletes’ hopes to shine at the upcoming OlympicGames, as well as cultural topics, among others.
Read post
Subscribe

Our digital publications now in your email.

Bank transfer to account: Prensa Latina Agencia Informativa Latinoamericana S.A. 0526420029270015, Metropolitan Bank then please, notify to us about your transfer and  email where you will receive the publications  with sms to the number (+53) 5 285 3161 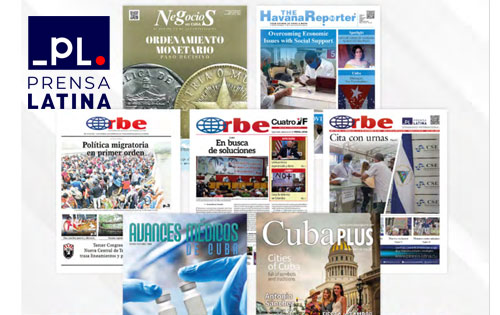