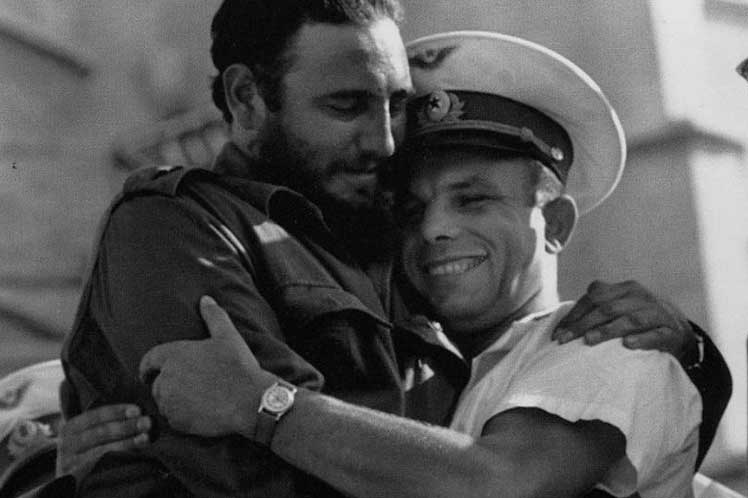 Under the title ¨Assault on heaven¨, the Russian YouTube channel ¨Europe for Cuba¨ paid tribute to Yuri Gagarin, who traveled to the outer space on April 12, 1961.

During the program, it was reported that different activities are planned to be conducted for that date in Russia, such as the one organized by the Russian Society of Friendship with Cuba, the Photo Exhibition Primero: Gagarin y Cuba, which will be exhibited in Russia´s 29 regions.

In a video message sent to the program, Cuban Gen. Arnaldo Tamayo, the first Latin American cosmonaut and President of the Cuba-Russia Friendship Society, celebrated the commemoration and Gagarin’s feat, too.

Tamayo recalled that in 1964 Gagarin was elected president of the Soviet-Cuban Friendship Society and continued serving until his tragic plane crash death on March 27, 1968.

The Cuban cosmonaut congratulated Russian and European activists for the solidarity campaign with Cuba, which has been recently deployed throughout the world.

On this matter, the Spanish José Antonio Toledo, one of promoters of recent International Caravan against the US blockade, said that over 90 countries participated in the initiative, according to latest records.

He acknowledged that the Caravan exceeded expectations, although ‘we knew that solidarity with Cuba is too strong, but it was necessary to feel and see it, coordinate it, and to the best of our ability show that this US war policy is genocidal.’