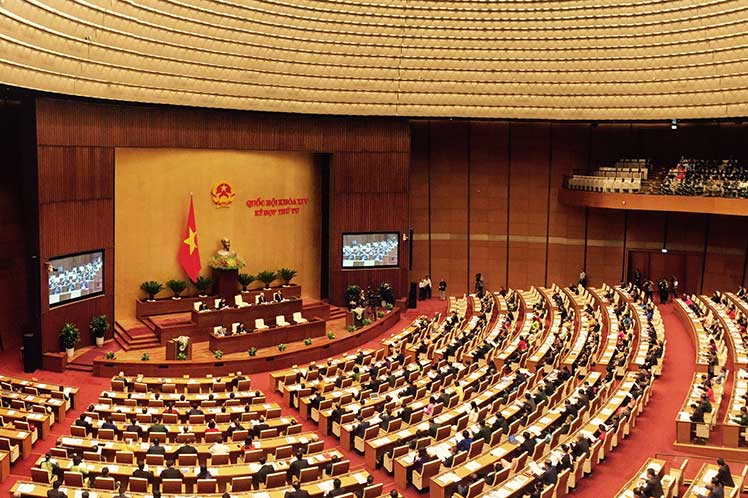 Parliamentarians also replaced the heads of the Government Office and the Committee for Ethnic Minority Affairs (both units have ministry rank), and for a new government inspector general.

With these changes, the Legislature culminate one of the major tasks of its final session, to renew 25 senior leadership positions in the state and governmental apparatus.

In previous days, former Prime Minister Nguyen Xuan Phuc was elected as the country’s President, replacing Nguyen Phu Trong, who was ratified in January as general secretary of the Communist Party of Vietnam (CPV) for a third term.

Pham Minh Chinh, who until then was the head of the Organizing Commission of the CPV Central Committee, replaced Xuan Phuc.

The National Assembly recognized the good work done by all the outgoing leaders.

As expected, 41.4 percent of them were elected from high levels of the CPV, central agencies, the armed forces, the police, the Supreme People’s Court, the Supreme People’s Procuracy, the State Audit and the Fatherland Front. The remaining are representatives of all sectors and groups of society.