On internet photo exhibition on friendship between Gagarin and Cuba 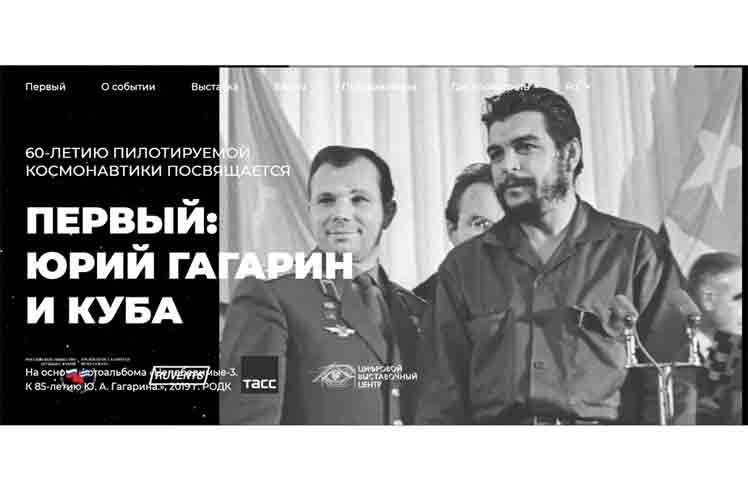 On internet photo exhibition on friendship between Gagarin and Cuba

From this Monday, the virtual exhibition in Russian, Spanish and English can be seen on the site https://gagarin2021.ru/.

Its inauguration coincided with the launching of the Vostok-1 spacecraft with Yuri Gagarin on board six decades ago.

The exhibition includes unique photographs and videos about a part of the cosmonaut’s life and his relationship with Cuba, provided by the TASS news agency and activists from the Russian Society of Friendship with Cuba.

According to organizers, the images capture moments of Yuri Gagarin’s ‘sincere and emotional’ meetings with senior leaders of the Cuban Revolution and people from the town.

For the tribute, exhibitions of First: Gagarin and Cuba were inaugurated in universities, association headquarters, libraries and cultural centers of 60 cities in Russia and Kazakhstan.

Also the Society of Friendship with Cuba posted on its website https://roscuba.ru/ materials related to the date, among them, greetings from its president, Alexey Lavrov, the Cuban cosmonaut Arnaldo Tamayo and a documentary on the visits of Gagarin to the island.

On November 11, 1964, at a meeting in this capital, the first cosmonaut on the planet was elected president of the Soviet-Cuban Friendship Society and under his direct leadership the principles, structure and goals of the entity were determined. Gagarin traveled to Cuba three times, where he strengthened ties of friendship with Commanders Fidel Castro and Ernesto Che Guevara, in addition to sharing with Cubans in several meetings.

According to historians, solidarity with Cuba was an important page in his life. The Hero of the Soviet Union led the Society until his death in a plane crash on March 27, 1968.

Like its successor, the current Russian Society of Friendship with Cuba highlights the memory of its first president and his role in strengthening the fellowship between the two countries.