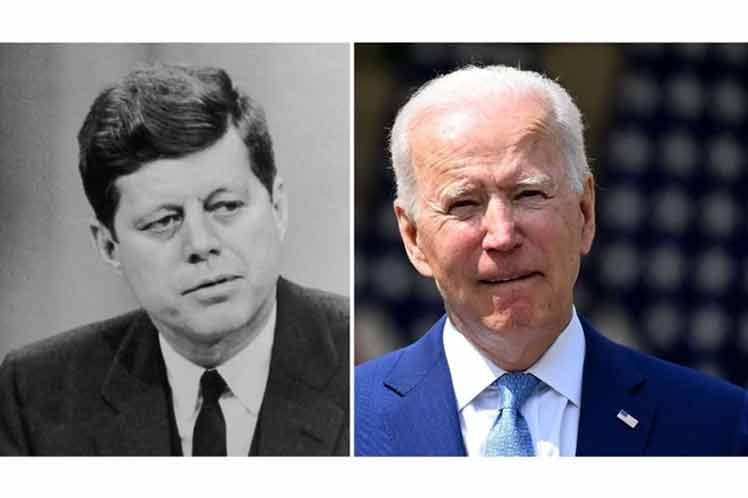 In April 1961, a mercenary brigade made up of a majority of former soldiers of the Fulgencio Batista regime (1952-1959) landed on Cuba’s south coast to overthrow the government of the burgeoning Revolution led by Fidel Castro, but it was defeated in less than 72 hours.

In an article published in The Hill on Monday, Hass pointed out, ‘It was 60 years ago this week that an uncertain new president (John F. Kennedy, JFK) launched an ill-conceived military venture of astonishing naivety. The scheme was straightforward and audacious: 1,400 U.S.-trained Cuban exiles would land at the Bay of Pigs’

The objective was to ‘ignite a populist uprising that would topple a Soviet-backed communist revolutionary by the name of Fidel Castro,’ he added.

According to Hass, a member of the American Foreign Policy Council, ‘Castro quickly quashed hopes of an uprising as his forces killed more than a hundred exiles and imprisoned most of the others, and President John F. Kennedy suffered an embarrassing global setback just three months into his presidency.’

‘Worse, the disaster came just weeks after JFK had launched his Alliance for Progress, which was supposed to set a new tone in U.S.-Latin American relations,’ he added. However, ‘the Bay of Pigs buried those hopes by resurrecting the specter of U.S. imperialism in a region that had seen more than enough of it,’ he pointed out.

‘The fiasco had a silver lining, however, for it forced JFK to take stock, re-evaluate his approach to global challenges, see the world clearly, and act accordingly – in essence, to learn from his mistake,’ Hass noted.

‘The Bay of Pigs convinced Kennedy a year later to reject the advice of his military chiefs when they recommended a U.S. military strike to wipe out the nuclear missiles that the Soviets were installing in Cuba, perhaps accompanied by a U.S. invasion to overthrow Castro,’ the expert stated.

Hass compared the current situation regarding U.S. foreign policy and pointed out, ‘Three months into his term, President Biden has suffered no missteps that remotely resemble the Bay of Pigs fiasco.’