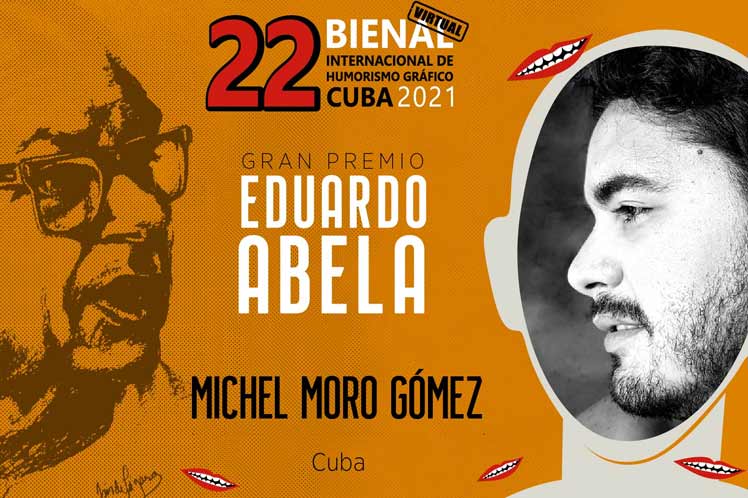 The jury, made up of Cuban artists Aristides Hernandez, Isel Chacon, Maria Sao and Luis Reinier Enrique, American Lizza Donnelly, Iranian Massoud Shojai and Venezuelan Ivan Lira, selected the winner among 223 contestants for his originality and the ‘exquisite and very personal workmanship’ of his work.

Moro Gomez also won second prize in the category of Personal Caricature for his piece dedicated to Nelson Mandela, as well as the first prizes in the categories of Humorous Cartoon and General Humor.

From the Union of Cuban Journalists (UPEC) and virtually, the Serbian Miroslav Jacovljev, who received the Tommy Award was also recognized while the Cuban Osvaldo Gutierrez won in several of the categories: photography, cartoon and general humor, with wit and dexterity.

In humorous photography, the most outstanding works belonged to Jia Ruijun from China, Rafael de Jeses Gonzalez, Williams Cruz and Luc Descheemaeker (O-Sekoer) from Belgium, who won the first prize for his black-and-white snapshot, ‘indebted to the most classic style of silent cinema.’