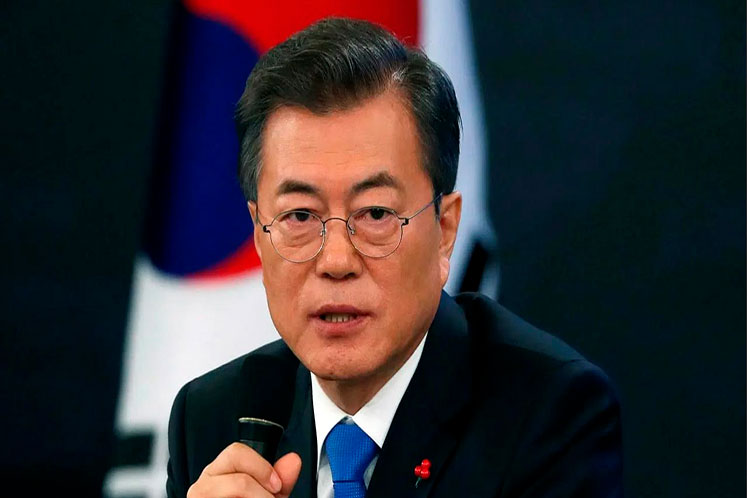 According to presidential spokeswoman Kang Min-seok, the president recommended seeking ways to refer Japan’s decision to the International Tribunal for the Law of the Sea, including filing a court order.

Japan aims to release more than a million tons of polluted water into the sea in two years from the plant that was paralyzed by an earthquake and tsunami in 2011, after filtering it to remove harmful isotopes.

The South Korean Foreign Ministry issued a statement saying it had raised similar concerns with Washington after the US State Department said Japan’s decision was ‘transparent’ and in line with global security standards.

A series of protests against the measure by politicians, local officials, fishermen and environmental activists took place in South Korea on Wednesday, including in front of the Japanese embassy in Seoul and consulates in the port city of Busan and on Jeju Island.

For its part, China’s Foreign Ministry warned today that Japan’s decision will set a precedent for wastewater disposal.

Japan expects all storage tanks at the Fukushima plant to be full by 2022 and plans to start discharging the radioactive water into the sea in 2023, in what is expected to be a decades-long process.