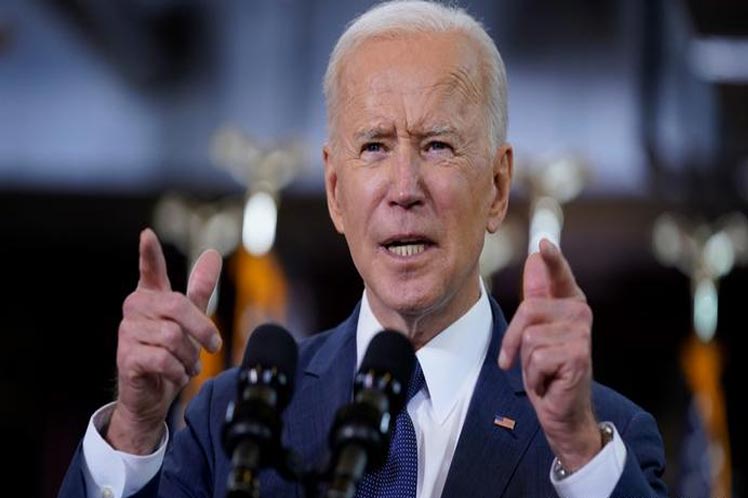 Washington, Apr 20 (Prensa Latina) President Joe Biden met with a bipartisan group of lawmakers on Monday in the attempt to discuss his US.3 trillion infrastructure package and how he plans to pay for it.

At the beginning of the meeting, Joe Biden assured he is willing to compromise in order to conduct actions and achieve unity around his initiative, which he defended nearly two weeks ago as an avenue to guarantee the US leadership worldwide.

I´ve realized that everyone is in favor of the infrastructure package, the question is who is willing to pay for it, Biden stressed.

After the meeting, Republican Sen. Mitt Romney told reporters he agrees that users of the nation’s ports, highways, and airports financially support Biden’s infrastructure package, rather than relying solely on taxes on business.

If we are going to rebuild an airport, it makes sense for the people who fly to pay the cost for some time, he added.

Biden prefers his plan to have GOP backing, but if that doesn’t succeed, he will likely support to use a procedural strategy called ¨reconciliation¨ to allow Democrats to pass it in the Senate, Energy Secretary Jennifer Granholm said on a television show on April 4.

Biden’s initiative seeks to update transportation, communications systems and buildings, to finance innovation and research, and to promote social programs.

To different people, Joe Biden´s package, his second major legislative initiative, seems so far unlikely to garner more bipartisan support than the first one (the Covid-19 economic relief for US$1.9 trillion).

In the opinion of Senate GOP Minority Leader Mitch McConnell, the US president’s proposal is bold, but it would help to jack up taxes and debt, for which he promised to avoid its approval.