LA committee supports fight against US blockade on Cuba 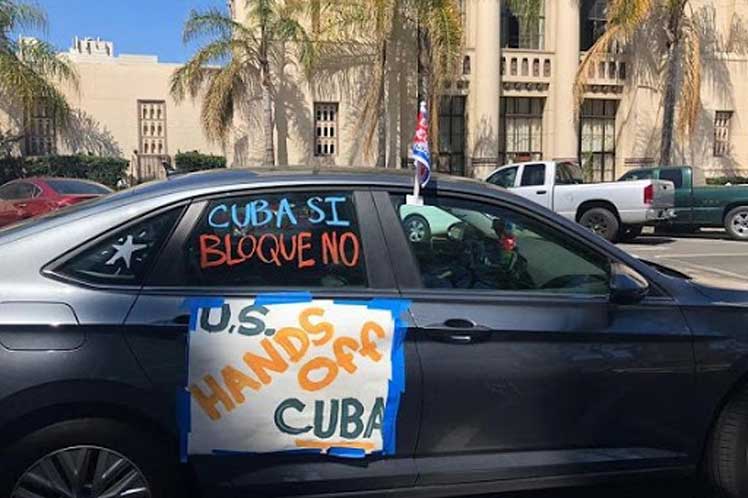 LA committee supports fight against US blockade on Cuba

In Los Angeles, we demand the end of the US blockade and horrible sanctions that have been harming the Cuban people, Brenda López, coordinator of ¨Hands Off Cuba¨ Committee, said in a statement.

Cuba is a sovereign nation, but Washington attacks it and also its international medical brigades that are currently serving humanitarian aid in many countries to fight the Covid-19 pandemic, she stressed.

López also recalled that the US blockade is overwhelmingly rejected every year at the UN, which has been harming Cuba for nearly 60 years and is considered as the main obstacle to the country´s development.

‘Lift all US travel and economic sanctions on Cuba’ and ‘Stop US attacks on Cuban doctors working around the world,’ the Committee also demanded.