Cuba denounces impact of US blockade at Eurasian forum 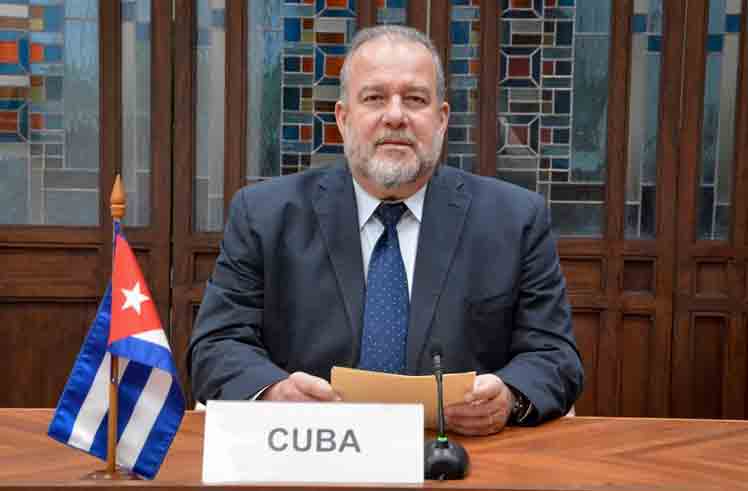 Cuba denounces impact of US blockade at Eurasian forum

In his virtual speech, the head of Government recalled that the Covid-19 pandemic has caused a large-scale global multisectoral crisis, aggravated by trade wars and unilateral coercive measures that violate international law.

‘In this situation, Cuba has had to deal with the unprecedented tightening of the economic, financial and commercial blockade imposed by the US Government, which has remained intact under the administration of President (Joe) Biden,’ he underlined.

Marrero explained that the consequences of Washington’s policy are combined with the economic impact of Covid-19, which has had a particular incidence on tourism, one of Cuba’s major sources of hard currency, and the damage caused by natural disasters as a result of climate change.

The prime minister repeated Cuba’s gratefulness for the permanent support from the member countries of the Eurasian Economic Union (EAEU) in the condemnation of the US blockade against the Caribbean island.

He underlined that Cuba grants great importance to economic, commercial and financial relations and cooperation with the EAEU member States.

In that regard, he noted the possibility of expanding and strengthening exchanges in such sectors as trade, energy, transportation, tourism, the iron and steel industry, mining, health care, the pharmaceutical industry and biotechnology.

Marrero expressed gratitude for the invitation to the meeting, chaired by Kazakh Prime Minister Askar Mamin, as the incumbent president of the EAEU, and his Russian counterpart, Mikhail Mishustin, on behalf of the country that hosted the forum.

Cuba was represented by Ambassador to Russia Julio Garmendia, who was named by his Government the permanent representative at the Euroasian Economic Commission.