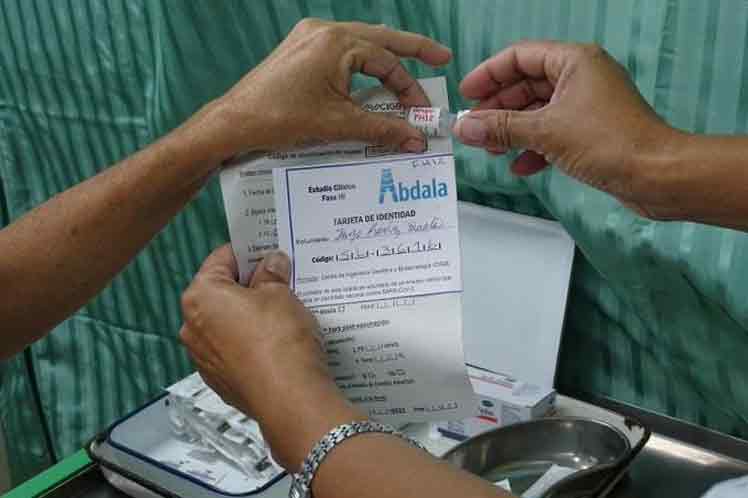 Dr. Sonia Resik, principal researcher of these studies with the Abdala vaccine candidate, spoke about the characteristics of this research process and its differences with clinical trials, as well as the advantages of the population-based intervention, at a press conference.

‘Controlled intervention studies differ from clinical trials in that there is no randomization of the subjects who participate in it, that is, there is no control group. You have as a control group the same population group that is not vaccinated, who do not participate in the controlled trial,’ the expert from the Pedro Kouri Institute of Tropical Medicine (IPK) explained.

According to her, one of the advantages of these studies is the inclusion of risk groups, in which when the intervention is carried out with the vaccine candidate, the possibility of transmitting the disease to the rest of the people is reduced, and if they fall ill, the transition to serious conditions, even death, is prevented.

The head of department of IPK’s Virology laboratories emphasized that the responses obtained so far with Abdala in terms of safety and immunogenicity in the different age groups are very good, results certified by the Center for State Control of Drugs, Equipment and Medical Devices.

In this case, the study will be conducted in the province of Havana, which is the most at-risk territory in the country. Abdala will be administered in the seven municipalities that are not included in Soberana 2’s Phase III of clinical trial.

Abdala ended its three-dose vaccination schedule on Saturday as part of Phase III of clinical trials in the eastern part of the country and is now moving on to follow up participants to test its effectiveness.