New solidarity actions with Cuba are being prepared in Sweden 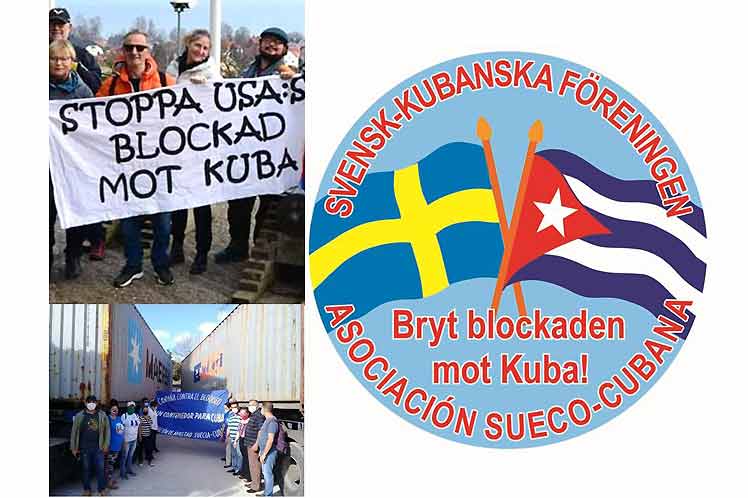 New solidarity actions with Cuba are being prepared in Sweden

In statements to Prensa Latina, Zoltan Tiroler, president of the Association, stated that its members are urgently working to collect funds for the purchase of syringes and needles destined to the Covid-19 vaccination in Cuba.

According to the activist, the recent shipment of two containers left a positive balance in the solidarity work, as it managed to involve more people, motivated by a concrete and useful contribution.

We have received photos and comments on the arrival in Cuba of the aid, consisting of articles for medical use, toys for day-care centers, bicycles and basic products, so that we already anticipate new donations, although we will first focus on syringes, he said.

Tiroler commented that the Association will define the modality to support the Covid-19 vaccination, considering several experiences, among them the delivery of money to MediCuba Suiza, an organization in contact with Cuban authorities for the purchase of supplies in the health sector, one of those severely hit by more than 60 years of blockade.

Regarding the new call launched from the Europe for Cuba channel for a world day against the US blockade, scheduled from June 6 to 13, he told Prensa Latina that the Scandinavian country will participate.

Of course we will be there. We carried out activities the last weekend of March in 12 cities and now this is about discussing what we will do in June, with the expectation of exceeding what was done then, the activist said in front of the mobilization convened for the vote at United Nations General Assembly on June 23 of a new resolution against the Washington siege.

According to Tiroler, another line of work by the Swedish-Cuban Solidarity Association is its internal strengthening, with the mission of fighting the blockade, misinformation and the manipulation prevailing around Cuba.