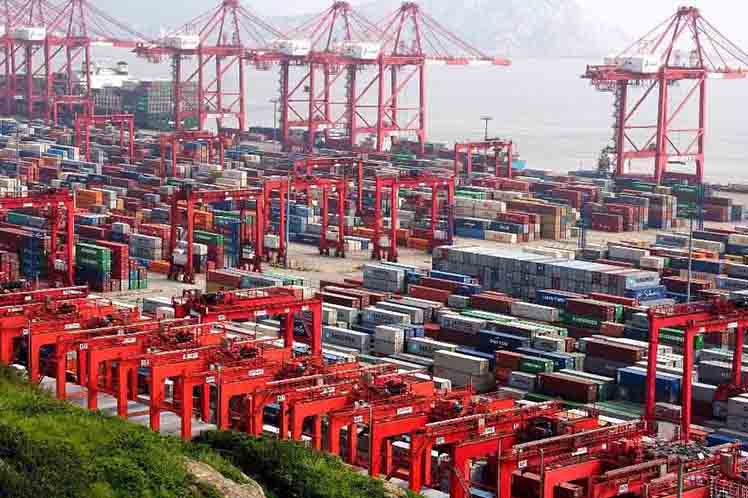 According to the General Administration of Customs, the total volume of foreign trade from January to April was 11.62 trillion yuans (1.8 trillion dollars).

In detail, exports increased by 33.8 points, imports rose by 22.7 points and the surplus advanced 149.7 points.

In addition, it kept increasing trade operations with member countries of the European Union, the Association of Southeast Asian Nations, the Strip and the Route initiative and even the United States, which has been engaged in a trade war against it since 2018.

The event that will run until Monday is a large-scale trade show with about 2,628 national and foreign firms from 69 countries and territories, having Switzerland as the guest nation.

Chinese authorities are projecting a greater recovery and even growth above the 6-point target for Gross Domestic Product by 2021, because more and more companies are stabilizing operations after gaining control over Covid-19.

Moreover, they are planning to strengthen the domestic market and alliances with friendly countries and regions as an alternative to overcome U.S. sanctions and the global crisis resulting from the pandemic.