Health intervention against Covid-19 to start on Wednesday in Havana 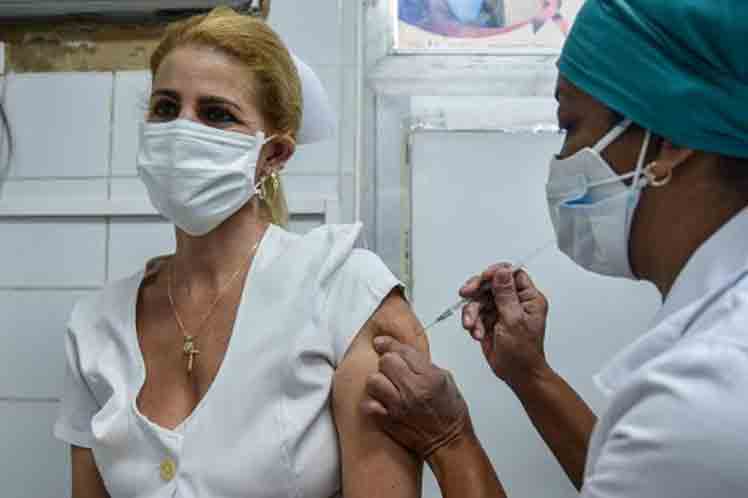 Health intervention against Covid-19 to start on Wednesday in Havana

The Tribuna de La Habana newspaper issued the information disclosed on Saturday at the meeting of the Provincial Defense Council in Havana with the presence of local authorities, the Minister of Public Health Jose Angel Portal, and Dr. Martha Ayala, director of the Center for Genetic Engineering and Biotechnology (CIGB), a leading institution in the development of Abdala.

From May to June, healthcare workers and students from all over the country who were not vaccinated in the intervention studies will receive the vaccine candidate, a sum of 474,676.

Likewise, in the first stage, 778,398 people from seven municipalities of Havana will be vaccinated from May to July.

The authorities detailed that those municipalities are Regla, San Miguel del Padron, Guanabacoa and Habana del Este with 396,382 inhabitants who will receive the doses during the first fortnight of May until June.

In Boyeros, Cotorro and Arroyo Naranjo, with 382,016 volunteers, the process will take place from the last week of May to July.

Then, in a second stage, 928,627 people will be reached in Plaza de la Revolucion, Playa, Centro Habana, Habana Vieja, Cerro, 10 de Octubre, La Lisa and Marianao, from the second half of June to August.

Inspection of Soberana Plus Turin clinical trial ends in Cuba

Inspection of Soberana Plus Turin clinical trial ends in Cuba