US activists adopt new approach to US blockade against Cuba 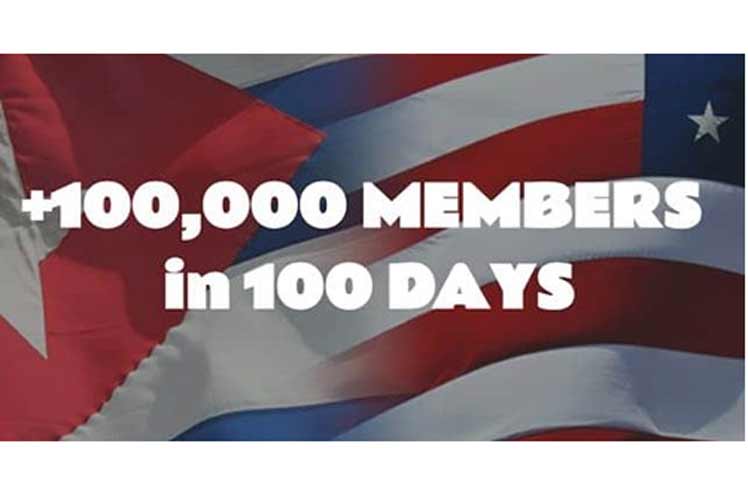 US activists adopt new approach to US blockade against Cuba

In statements to Prensa Latina, Cuban-American activist Manuel Tejeda explained that groups with less than six figures in number of activists go unnoticed by the popular, academic or political imaginary in the US.

Hence, the importance of the fact that the group has reached 100,000 members in 100 days, Tejeda explained.

‘In the fight against the US blockade, everything has been tried, except a mass movement using new technologies and incorporating ordinary Americans, the American voter whose decisions and loyalties do matter to senators and congresspersons,’ he said.

According to Tejeda, who is also editor-in-chief of Diario Latinoamericano and administrator of the NoBloqueoCuba.com website, NEMO seeks to draw the attention of the media.

‘No Facebook group has gained 100,000 members in 100 days without having invested a cent in advertising, with over five million reactions and almost 700,000 comments, which shows dynamism and activity,’ he emphasized.

According to the Cuban Ministry of Foreign Affairs, the blockade constitutes the greatest obstacle to national development and a violation of human rights.

‘The accumulated damages in six decades amount to 144.413 billion dollars, and from April 2019 to March 2020, the action caused losses in excess of five billion dollars, a record figure for one year,’ refers the Foreign Ministry.