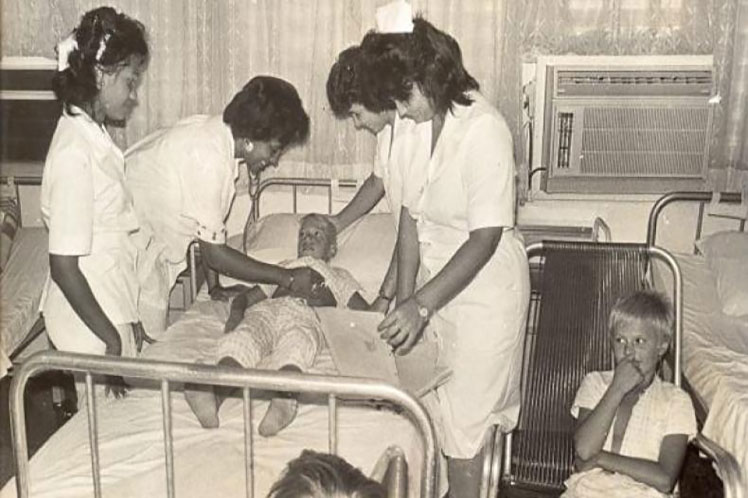 Thursday’s broadcast, led by Russian activist Lena Loshkina, highlighted Cuba´s support to more than 26,000 affected people (of them about 24,000 children) by the April 26, 1986 nuclear accident in Chernobyl.

Galina Shevchenko, president of the Russian Society of Friendship with Cuba in Ivanovo, explained that after the incident, the Soviet Government requested international medical assistance for affected children and Cuba immediately provided its support.

She recalled that the healthcare program began on March 29, 1990, when the first 139 children with different onco-hematological pathologies arrived in Cuba. They were personally received by Commander Fidel Castro.

At first, they were treated in medical institutions in Havana until the José Martí Camp, in Tarará, was activated for this purpose.

Between 1990 and 2016, children from Russia, Belarus and Ukraine were treated. In the program, the young Ukrainian Alejandra Chmatok, one of the girls treated in Cuba, highlighted the affection she received from Cuban doctors and nurses.

In the broadcast, Vyacheslav Karpenko, coordinator of the Ukrainian solidarity movement Stop Blockade against Cuba, stressed that for these reasons it is necessary to oppose the unilateral US actions on Cuba.