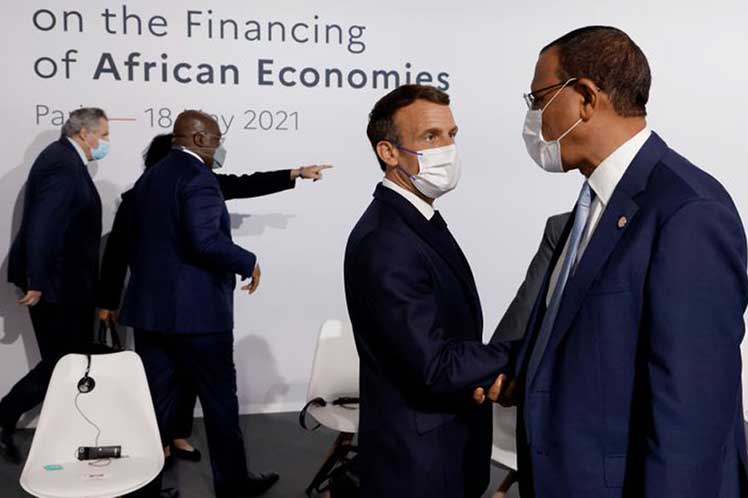 This situation was discussed during a summit in Paris, convened this week by French President Emmanuel Macron, which attracted some thirty heads of State and high ranking officials.

Although the human cost of Covid-19 is relatively low in Africa, where there are 130,000 deaths reported, out of the 3.4 million worldwide, access to vaccination against the pandemic is poor and threatens to deteriorate the health, social and economic outlook.

The summit’s final comuniqué set the immediate priority of defeating the pandemic, a demand reaffirmed in speeches by Congolese President Felix Tshisekedi, the current leader of the African Union, and Senegalese President Macky Sall.

On the economic front, the health crisis has triggered the first recession on the continent in a quarter of a century, while conservative estimates by the International Monetary Fund, quoted at the event by its Director General, Kristalina Georgieva, put the region’s financing needs at 285 billion dollars up to 2025.

The forecast for the recovery of the gross domestic product is not encouraging, with a predicted growth of 3.2 percent in 2021, half the world average, which further complicates compliance of the sustainable development goals set by the United Nations (UN) for 2030.

As usually happens in these forums, the commitment made was important, but awaiting the rich nations to honor their words and judging by what happened with the Official Development Assistance, only time will tell.

The Paris summit left among its promises, the mobilization of up to 100 billion dollars to support Africa in confronting the pandemic and its consequences, the moratorium on debt this year and access to vaccines against the disease caused by the SARS-CoV-2 coronavirus through a greater contribution from the Covax initiative.

In addition, the request for the lifting of patent restrictions, so that the continent, whose day is celebrated every May 25, can produce vaccines.