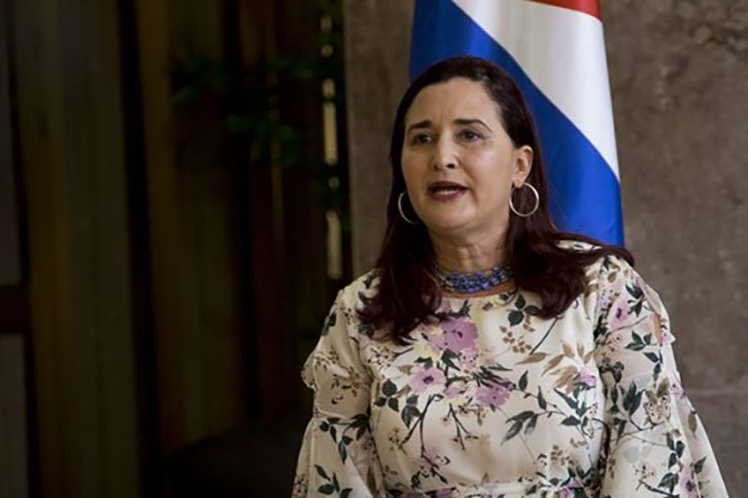 Havana, May 28 (Prensa Latina) The Cuban Foreign Ministry (MINREX) on Thursday strongly rejected the US statements, whose content it described as 'openly demagogic and interfering' in relation to the issue of human rights on Cuba.

According to the official Cubaminrex website, the Deputy Director of MINREX´s General Division for the United States Johana Tablada condemned recent statements of Julie Chung, Acting Assistant Secretary in the Bureau of Western Hemisphere Affairs.

‘It constitutes a simulation of concern for human rights, while hiding the true purposes of the US government,’ said Tablada. In addition, she added that ‘the real objective of this type of statement is to divert attention from serious violation of human rights committed by the US government against the entire Cuban population by implementing an insensitive and criminal blockade of history.’

Plus, Tablada stressed that Washington is not interested in the Cuban people and ‘does not even care about those Cuban citizens who are systematically financed, oriented and promoted with high visibility to orchestrate illegal destabilization actions and generate a false image of Cuba, pretexts with which it tries to justify its criminal policy of economic blockade.’

‘The United States does not have moral authority to speak to Cuba about human rights when it has not even been able to prevent that, in the last year alone, over 900 fatal incidents and deaths at the hands of the police have been reported in the United States,’ she stressed.

‘US Congress approves about $50 million a year to be used to meddle into Cuba´s internal affairs, to subvert and plot against the constitutional order of our country,’ she recalled.

Likewise, she said such a figure is also used to deploy a misinformation and propaganda campaign aimed at discrediting the Caribbean nation.