World mobilization this weekend against the US blockade on Cuba 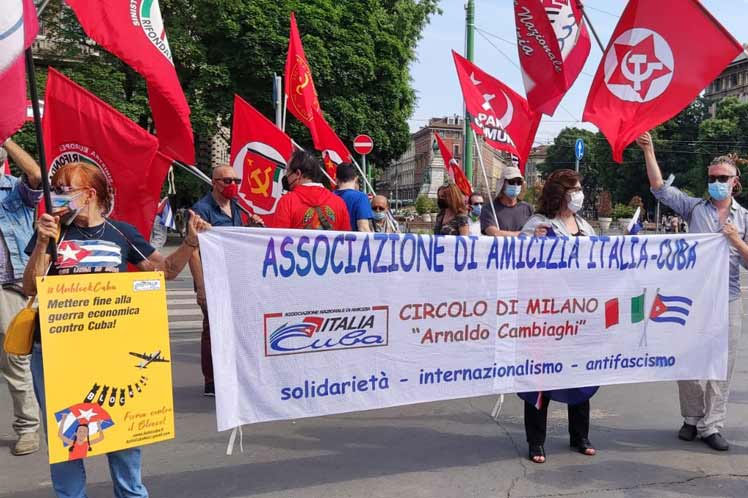 World mobilization this weekend against the US blockade on Cuba

The mobilizations took place in 40 cities around the world, and are part of the global protest against that siege to be held until June 23, when Cuba will present the report on the impact of this policy at the United Nations, which lasts for more than 60 years.

According to the Cuban Institute of Friendship with the Peoples (Icap), dozens of people demonstrated in Caracas and Maracaibo, Venezuela, and in San Pedro Sula, Honduras, in support of the Cuban people.

Likewise, the Committee of Solidarity with Cuba in Puerto Rico joined the international clamor in defense of this Antillean nation, as activist groups marched in Brazil and El Salvador, the source said.

At the same time, in Europe, of the 30 Italian cities where actions will take place this weekend, marches were reported in Trieste, Cologno, Ancona, Senigallia, Cremona, Faenza, Milan, Pordenone, Lodi and Unide.

In the context of the European UNBLOCK CUBA campaign, activists participated in a ‘bicycle parade’, starting at the Embassy of this Caribbean island in Berlin, Germany, and protests were also organized in Nuremberg and Düsseldorf.