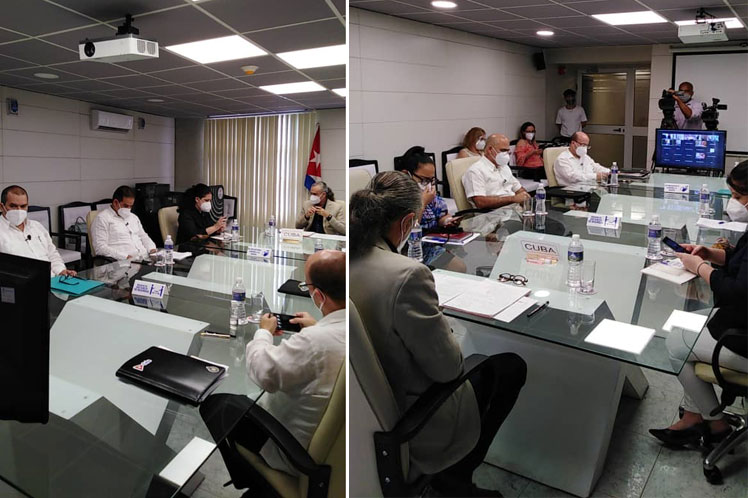 During a virtual meeting between presidents of the public media of the organization, Waldo Ramírez, at the head of the Antillean delegation, advocated for an operational interconnection of television stations, radio stations, multimedia platforms, news agencies and written press.

The also first vice president of the Cuban Institute of Radio and Television called for a relationship to expedite the exchange of content and the coordination of joint editorial lines on topics of interest.

‘Everything that can be promoted from ALBA-TCP is valid. We must work for a united Latin America and the Caribbean,’ said Ramírez, quoted by the deputy director general of Press, Communication and Image of the Chancellery of the Caribbean nation, Ileana Fonseca.

The Cuban representative also thanked the support and solidarity of the member countries in the fight against the blockade imposed by the United States.

‘For a greater articulation of our public media of @ALBATCP in the face of the media war that is being waged on us. For the defense of the identity and culture of our peoples. For the right to information and communication’, Ramírez wrote in this regard on his official Twitter account.

The meeting debated on this day the role of the regional entity’s media in cases of coup d’état, the articulation of communication and the importance of working as a conglomerate.

In this sense, the bloc’s executive secretary, Sacha Llorenti, called for the consolidation of strategic unity in the sphere of a ‘trench of revolutionary and moral ideas.’

Llorenti called to accompany the Government and people of Cuba in their fight against the economic, commercial and financial siege on the eve of the vote in the United Nations for a resolution against this hostile policy, scheduled for June 23.