European PM asks Biden to end the blockade on Cuba 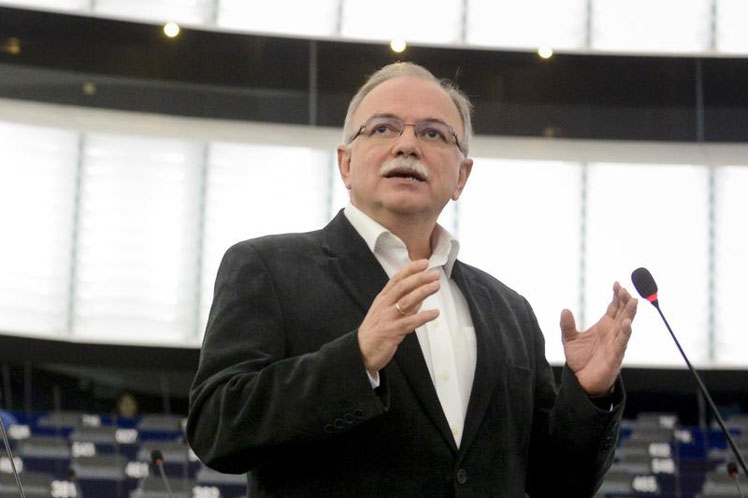 European PM asks Biden to end the blockade on Cuba

The economic sanctions imposed on Cuba by the United States seriously affect the country’s development potential and inhumanely limit the standard of living of the Cuban people, said Papadimoulis, of Greek origin, in an interview released this Monday by the National Assembly of People’s Power. (parliament).

This suffocating policy is condemned every year for decades, almost unanimously by the General Assembly of the United Nations (UN), recalled the legislator when he urged Biden to take concrete measures in the direction of stopping it.

Likewise, he believed that the European Union (EU) could play its role as an honest intermediary between Cuba and the United States, to resume dialogue, initiate the normalization of relations between the two countries and, ultimately, lift the sanctions.

He praised the Cuban government’s dispatch of 56 medical brigades to 40 countries to help fight Covid-19, despite the effects of US hostility, he emphasized.

Regarding interparliamentary relations, Papadimoulis praised the existence of the Group of Friendship and Solidarity with the Cuban People in the European Parliament, but called for both legislatures ‘to be vehicles for a reinforced dialogue and to intensify contacts to really get to know, understand and respect each other. ‘.

I would like to express my full solidarity and respect for the Cuban people and underline my personal commitment to improve dialogue and understanding between the EU and Cuba, said the Vice President of the European Parliament.

He considered that Washington’s hostile policy against Havana for more than 60 years did not deprive his people of commitment, dignity and self-respect.

‘I support the Cuban people in their struggle, hoping that they prosper and have the same development opportunities as all the peoples of the world. The Cuban people deserve no less!’, The parliamentarian stressed.