Book on Raul Castro’s revolutionary work in Cuba is presented 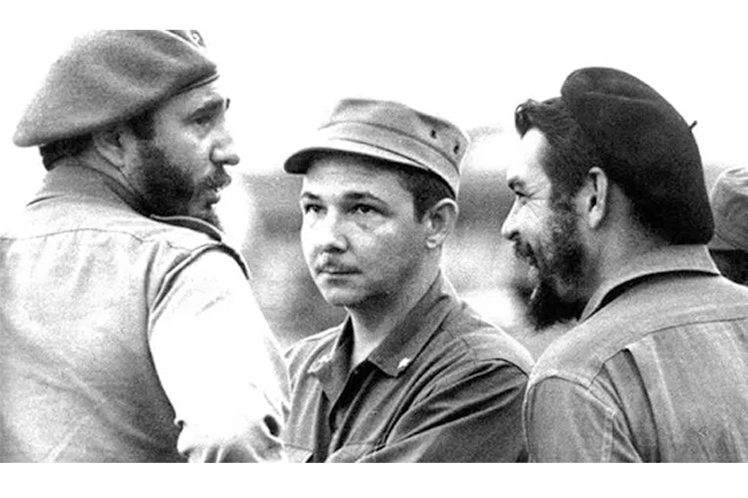 Book on Raul Castro’s revolutionary work in Cuba is presented

The work brings together speeches, interviews and statements by former president between June 14, 2006 and May 1, 2019, and exhibits an elaborate design, as well as an analytical index in its two volumes.

‘It reveals to us the unbroken thread that seamlessly unites the thought of Fidel and Raúl: the absolute identification of the two brothers in terms of ideals, values, principles -the result of having shared together the feat of making a socialist Revolution right under the noses of the United States’, stressed the intellectual.

According to Prieto, the book ‘was to be prefaced by our unforgettable Eusebio Leal, who had a very close friendship with Raúl, whom he called, as we all remember, the General President’, but for health reasons he could not carry it out.

The text includes transcendent events for the Cuban nation in the last decade, among them, the debate on the guidelines of the economic and social policies of the country; as well as the reunion with the Five Heroes -antiterrorist fighters- who suffered unjust imprisonment in North American jails.

Also noteworthy is the reestablishment of diplomatic relations with the United States and the physical departure of the Commander in Chief, Fidel Castro, together with the subsequent funeral honors and the farewell of the people committed to his ideals.

Revisiting those moments and the national and international context in which these pages were born, our admiration for Raúl grows, for his courage, for his integrity, for his stature as a leader and as a human being, said the intellectual about this first edition.

The work compiled and edited by the Office of Historical Affairs of the Presidency of the Republic is the first title of its own publishing label Ediciones Celia, which pays tribute to the heroine of the Revolution, Celia Sánchez.