Cuban President calls for creativity in the economic battle 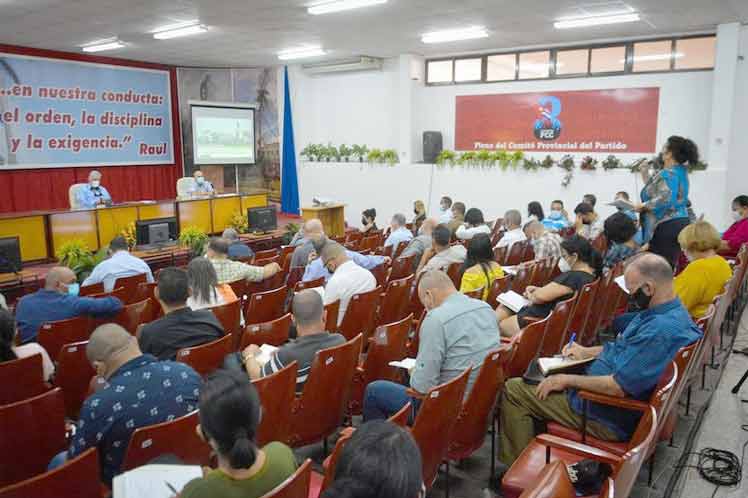 Cuban President calls for creativity in the economic battle

Matanzas, Cuba, Jun 4 (Prensa Latina) The first secretary of the Communist Party of Cuba (PCC), Miguel Díaz-Canel, called here today to be more creative in the face of the economic battle that the country is waging and move forward 'with our efforts, talent and experience '.
Share on facebook
Share on twitter
Share on whatsapp
Share on telegram
Share on email

The also president of the Republic considered the most immediate goal is to produce an important part of the food consumed in the country.

‘National production must be oriented fundamentally to satisfy internal demand,’ he stressed.

He insisted on resizing the business sector, so that entities, are of local subordination and each municipality must manage the problems in their area.

‘Although we are in a complex situation, we are in a situation of resistance, but we are moving forward,’ he emphasized.

The top Cuban party leader stressed that ‘we are facing Covid-19, but in the midst of the pandemic we have developed five candidates, which will be converted into vaccines as phase III of clinical trials give results.’

Díaz-Canel presented these considerations during a meeting of the PCC Secretariat with leaders of the western province of Matanzas, to review the implementation of the agreements and guidelines of the 8th. Congress of the party organization.

These meetings, he said, ‘have become an exercise in how to permanently monitor everything approved and discussed in the Eighth Congress: We start from the fact that the congress had an active and in-depth debate that provided us with guidelines, ideas and concepts.’

‘It is necessary that militants and the base organizations of the Party, the base structures of all the mass organizations and the government and the state, know what was debated and approved at the meeting,’ he said.

Livan Izquierdo, secretary of the PCC in the territory, addressed the unity of action with the Union of Young Communists as a fundamental source of growth; and Mario Sabines, governor of Matanzas, spoke about the working methods and styles of all instances.