Debates in Brazil on effects of Covid-19 pandemic in education 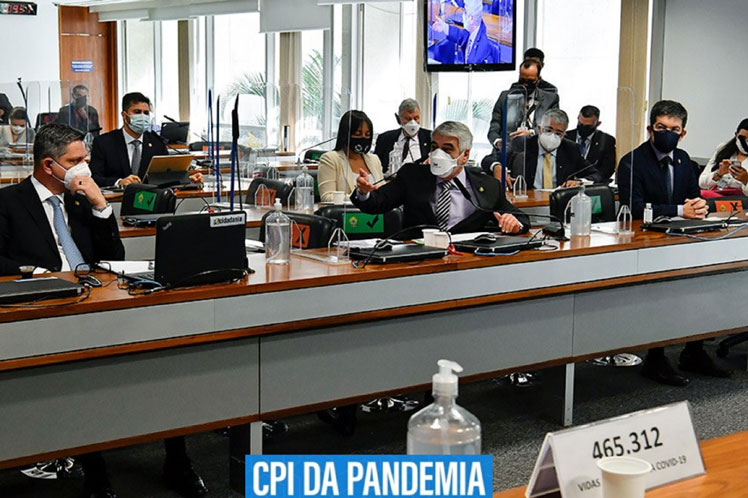 Debates in Brazil on effects of Covid-19 pandemic in education

CPI will also vote this Monday Senator Eliziane Gama´s request for Education Minister, Marcelo Queiroga, to express his opinion on the proposal of celebrating Soccer Cup America in Brazil.

Gama demands Queiroga an experts study to justify the celebration of the sports event scheduled for June 13 in four national states.

She also asks for information on the question of beds in Intensive Care Units(ICU) and the new variants of Sars-CoV-2 causing Covid-19 in Brazilian territory.

Studies, she also requests, linking the risk of new infections with Cup America sports event and the health protocol necessary for the games.

Sustaining her request, the legislator reminds Copa América this year was supposed to be held in Argentina but was suspended as the result of the worsening of the pandemic and the high number of beds in ICU occupied in the neighbor nation.

She underlines the situation is even worse in Brazil: ¨ Eighteen States plus the Federal Distric have a level of occupation of beds in ICU that reaches over 80 percent which sets the alarm of the health system.

For Gama, hosting the Copa América the government goes ¨the opposite direction of science, and warnings made by Queiroga who fears a probable Covid-19 third wave in Brazil¨.

Starting May 4 and already during its 6th week of testimony, CPI was created to investigate the government´s performance against the pathogen that so far has cost 473 thousand 404 lives and has accounted for 16 million 947 thousand 62 infections, and to supervise the use of federal ressources by the states and municipalities.