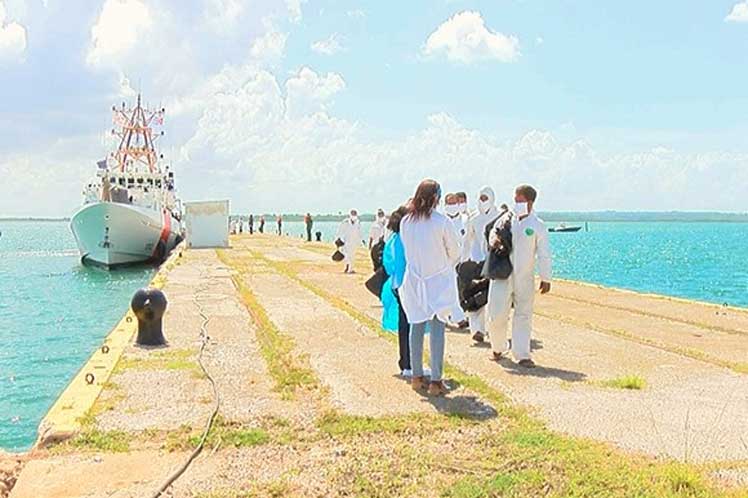 According to a press release from that institution, the action carried out on Tuesday by the Port of Orozco, in Mariel, Artemisa (west of Havana), corresponds to what is established in the migratory agreements between both nations.

It refers that those people participated in eight illegal departures from the country between the end of May and June 3 by the sea, most of them in rustic means, putting their lives at risk.

Some of them even stole a boat linked to the Santa Cruz del Norte Sport Fishing Base, in Mayabeque (east of Havana).

With them, 313 people were returned by the US authorities in 2021, the press release refers.

The communiqué further states that the Cuban government has insisted on the need for strict compliance with the Cuba – US Joint Declaration on migration issues, dated on January 12, 2017.

It also provides for the promotion of effective bilateral cooperation to thwart and prosecute human trafficking and related crimes.

The MININT’s text also refers that in accordance with the letter of that deal, Cuba reiterates and defends regular, safe and orderly migration, and urges the US side to comply with the commitment to guarantee the legal transfer from Cuba of a minimum of 20,000 people per year.