US blockade causes Cuba millions of dollars in losses to industries 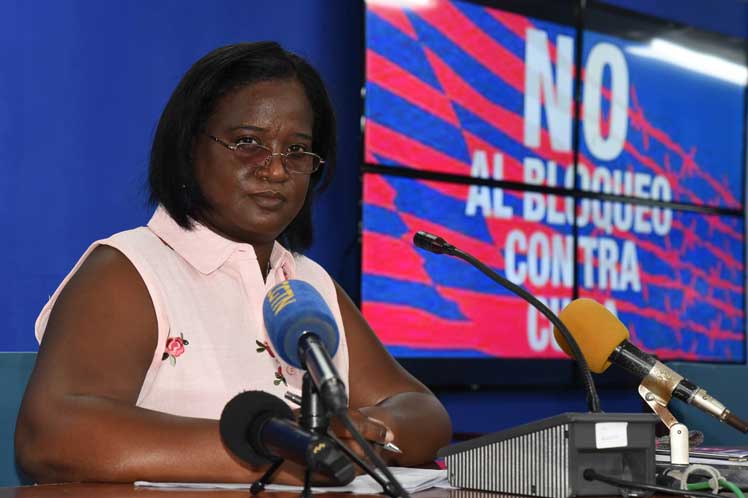 US blockade causes Cuba millions of dollars in losses to industries

At a press conference, Ana Cabrera, deputy director general of Industrial Management of the Cuban Ministry of Industries (MINDUS), set out the need to contextualize the effects of the US economic, financial and commercial blockade in the midst of the world economic crisis caused by the Covid-19 pandemic.

Cabrera added that in spite of the downturn of 64,369,800 dollars with respect to the previous period, the losses are significant because they occurred due to the decrease in the levels of business and commercial activity on account of the negative Covid-19 impact on the global economy.

One of the main effects on MINDUS is concentrated in lost incomes from exports of goods and services with some 672,300 dollars, she noted.

Another element of high impact was the geographical relocation -prices, freight and insurance, inventories-, she said, with losses of some 10,827,700 dollars, having to move to distant markets including an additional cost to foreign trade operations with an immediate effect on the product’s cost.

There were also monetary and financial losses, amounting to some 19,659,000 dollars caused by the impossibility of carrying out commercial transactions in dollars, along with the additional costs of having to use financial intermediaries to be able to exchange currencies.

From the banking point of view, contracts have even been paralyzed due to not being able to use the banking entities provided for, she exemplified.

There are also limitations in terms of access to technology, spare parts because they come from markets vetoed for Cubans, in addition to the difficulties to use computer platforms because they are blocked to Cuba.

However, the US blockade not only affects Cubans but also US entrepreneurs who have shown interest in doing business and having a presence on Cuba, she said.

An issue demonstrated after the announcement of the reestablishment of relations between the two nations in 2017, under former President Barack Obama, over 30 institutions and entrepreneurs approached Cuban industries in order to agree on joint business, training actions or development of some specific project, Cabrera said.

She added that, in view of this scenario, a productive transformation is necessary to strengthen Cuban industry and meet the demand of strategic sectors.

That is why, the increase in efficiency and effectiveness of the productive processes is also decisive, she pointed out.