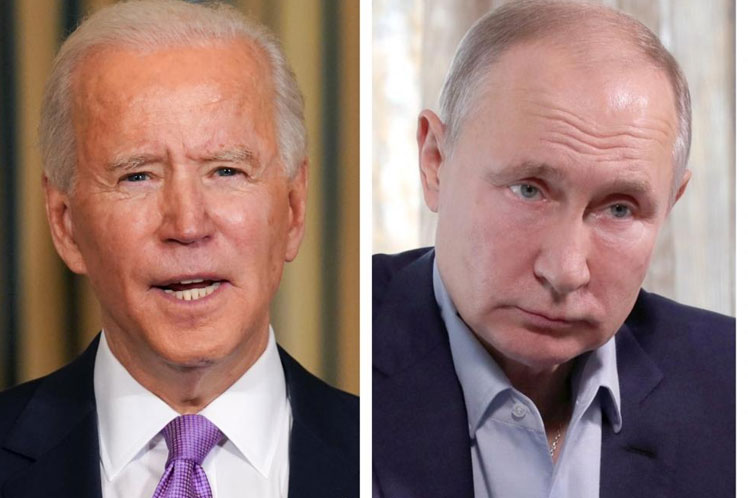 Moscow, Jun 13 (Prensa Latina) Russian President Vladimir Putin expects the forthcoming summit with his US counterpart Joe Biden in Geneva on June 16 to restore personal contacts and establish dialogue on issues of mutual interest, the Russian leader said in an interview with the Rossiya-1 TV channel.
Share on facebook
Share on twitter
Share on whatsapp
Share on telegram
Share on email

A fragment of Putin’s interview was posted on the smotrim.ru website on Sunday.

‘[It is planned] to restore our personal contacts and relations, establish a direct dialogue and create really functioning mechanisms of interaction in the areas of mutual interest,’ the Russian president said.

According to Putin, the Russia-US summit on Wednesday June 16 can be viewed as efficient, if it manages to create mechanisms of interaction in various areas.

Among the issues of mutual interest, Vladimir Putin named strategic stability, regional conflicts, nature conservation measures and environmental protection as a whole, on the global scale, and economic cooperation.

‘If we create work mechanisms in all these areas after this meeting, it seems to me that it would be good. It could be said that the meeting has been useful,’ Putin said.

On Saturday, Russia and the States confirmed there will be no joint press conference after the meeting, another fact showing possible lack of consensus in long-awaited dialogue and differences in criteria between both parties.

Putin agreed to speak to journalists, but the US side declined this option, so after two sessions of private meetings, each president will appear before the media separately.

US authorities noted that a solo press conference is the proper format to clearly communicate the issues tackled down at the summit.

Russia denounces force methods against its partners in the world

Russia to provide support to emerging powers in manned cosmonautics

Poland asssures to have gas for the coming winter season

Russia denounces force methods against its partners in the world

Russia to provide support to emerging powers in manned cosmonautics

Poland asssures to have gas for the coming winter season