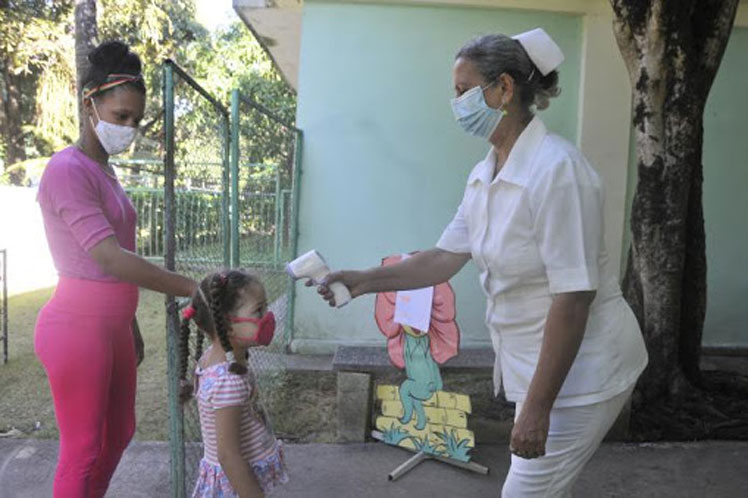 Professor Olga Esther Infante, from the University of Medical Sciences of Havana, explained that the term ‘pandemic exhaustion’ is perceived by the Cuban family, a concept coined by the World Health Organization in reference to a state of fatigue, lack of motivation and apathy. Infante specified in a televised conference that this lack of motivation leads to a relaxation of personal self-care and increases the risk of contagion, as well as affectations among group members such as irritability and manifestations of anxiety that can generate conflicts.

The also secretary of the National Group of Psychology of the Ministry of Public Health commented that authors speak of ‘family fatigue’ associated with the overload of assuming new roles such as work spaces, study and, in the case of women, it is more evident because they share various activities within the home.

She identified denial, evasion and a certain uncritical familiarity as the psychological mechanisms present themselves in the face of the prolongation of the health crisis ‘because people have become accustomed to receiving so much information and the time comes when they do not respond to this situation.’

She warned about the role of the family as the maximum responsible for the care of children and adolescents, given the confirmed cases with the disease in the group of children under 20 years of age, amounting to 21 thousand 59 since the beginning of the pandemic.

On the other hand, she pointed out as strengths within the family nucleus communication, cohesion, adequate housing spaces, socioeconomic conditions and systemic relationships that influence the behavior of its members.

‘For young people and adolescents in Cuba, the most valued social group is the family. We are confined, but we are with people with whom we have important emotional ties and that mitigates having to be at home. The Cuban family is given to solidarity, to receive and to offer support and that constitutes a strength ‘, she emphasized.

In her opinion, without underestimating what the confrontation with Covid-19 has represented, Cubans have social guarantees such as free public health, salary protection for the sick, among others.

To avoid negative situations at this stage, the expert recommended seeking professional help in the presence of psychological exhaustion, doing physical exercises, respecting life schedules and individual space, as well as communication within and outside the family environment.