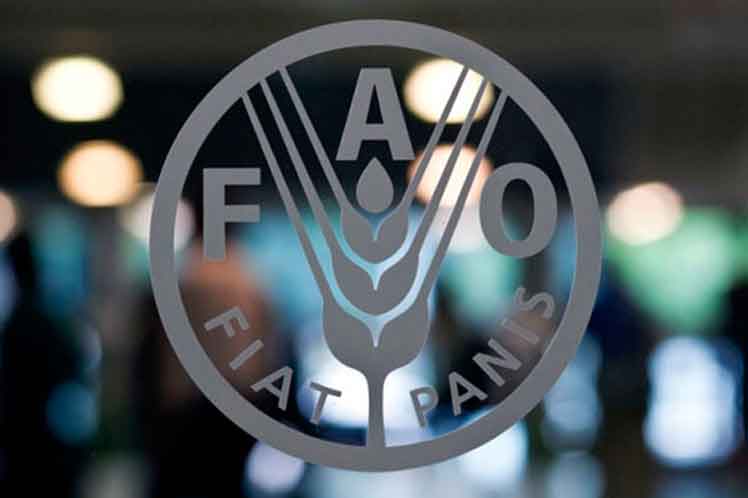 Maximo Torero, chief economist at the United Nations Food and Agriculture Organization (FAO) presented the document, whose deliberations will continue until tomorrow, from the perspective of ‘Transforming agricultural food systems: moving from strategy to action.’

How to face the challenges of producing enough food and at the same time protecting the planet was the subject of the debate presented to this higher UN agency.

In the introduction to the document, Torero pointed out that before the outbreak of Covid-19, 690 million people in the world suffered from hunger, despite FAO’s progress over the last 75 years and also taking into account that the amount of food produced in the world would be enough to feed the entire population.

Many millions more, he said, lack micronutrients, and the number of overweight people in all ages, social classes and countries is growing at an alarming rate, while the pandemic has further exacerbated this situation.

In recent years, the increase in the frequency and intensity of conflicts, together with extreme events in climate variability and the slowdown and shrinking of economies, are leading to the increase in hunger in the world and undermining efforts to fight malnutrition, particularly in low- and middle-income countries, the expert said.

The document, presented to the plenary, highlights how agricultural food systems are under enormous pressure from biodiversity loss and climate change, and FAO’s strategy for better production, better nutrition, better environment and a better life.

The document urges the Conference, made up of ministers and representatives from FAO’s 194 member countries, to acknowledge the contribution of agrifood systems to the fight against hunger and malnutrition worldwide, aggravated by the pandemic which, in turn, exposed the systemic inequalities on which current agrifood systems are based.

Vietnam advances in movement that will revolutionize agriculture

Vietnam advances in movement that will revolutionize agriculture