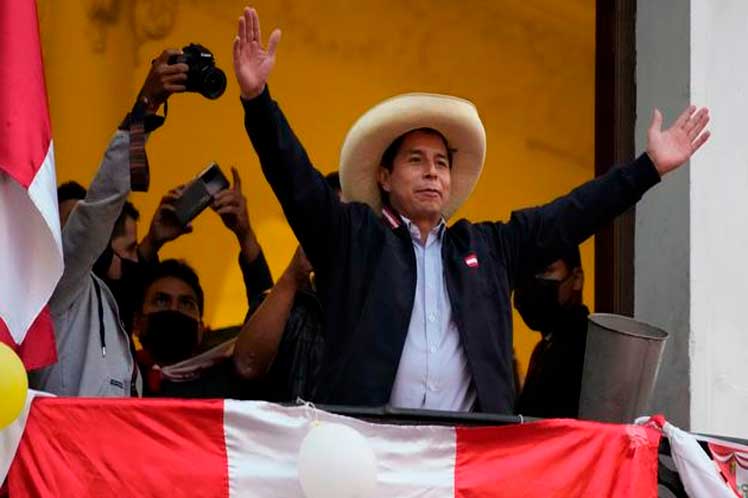 The presidential proclamation, however, is pending challenges to acts whose nullity was requested by Fuerza Popular (FP), Fujimori’s party, without legal support, according to electoral experts, and on which the National Elections Jury must define.

However, the votes at stake in these nullities are not enough for the result to be reversed in favor of Fujimori, in her third presidential nomination.

The efforts of the neoliberal candidate were tacitly supported by more than 60 former heads of the Armed Forces, in a statement before which the Defense Ministry denied they represented the active military and lamented the political use of the symbols of the armed institutions.

Conservative politicians allied with Fujimori want the ballot to be annulled, the first and the second round, or wait until on July 28, when the president must be sworn in, there is no proclamation.

In this case, they propose that the new head of Parliament, with a right-wing majority, take over the government and call a new presidential election.

Castillo and his political and legal team described these efforts as coup plotters and demanded to respect the popular will and calmly wait for a prompt decision by the JNE.

Cuba ratifies its willingness to strengthen ties with Peru

Cuba ratifies its willingness to strengthen ties with Peru