Arab legacy in the architecture of Cuba’s heritage city 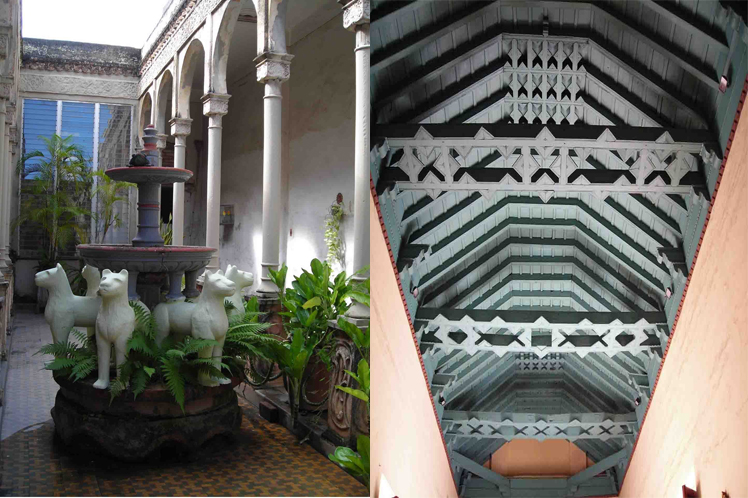 Arab legacy in the architecture of Cuba’s heritage city

However, according to Henry Mazorra, professor at the University of Camaguey, we could not speak of an architectural production promoted by natural Arabs in the region, the legacy of the Muslim world ‘is present in our built environment as one more component in that miscellany that distinguishes us.’

Founded in February 1514, the Villa del Puerto del Principe, one of the first founded by the Iberians in the Caribbean, was marked precisely by the intrinsic essence that had been bequeathed centuries ago by the Muslim culture, particularly in Andalusia, Spain, and that would later reach Camaguey.

The Mudejar, an architectural style, was the symbiosis that took place in the Spanish medieval period between Christian concepts and the Muslim way of building, brought by masons, carpenters and master builders notably influenced by this trend.

Professionals coming from the European continent, dedicated to the construction of urban spaces, took advantage of materials such as mud and clay from Camaguey to enhance it in buildings.

‘This constructive tendency is notorious in Cuban architecture, and in Camaguey it is part of the real estate heritage erected in the colonial period,’ according to Mazorra in his article ‘La presencia arabe en la arquitectura camagueyana’ (The Arab presence in Camagüey architecture).

Based on brick, the main raw material of Mudejar architecture, its various elements were built, such as the variety of eaves built in the colonial period that ‘shows the mastery of Muslim builders to work it,’ Mazorra points out.

Today, especially in the area of the Historic Center of the city, declared a World Heritage Site by UNESCO, in several buildings can be seen the polybulate and mixtilinear arches of clear Muslim descent.

Cuban culture, especially in this city 540 kilometers east of Havana, in addition to architectural elements assumed a series of Arabic words.