EURO CUP: Many mouths and only one soccer pie 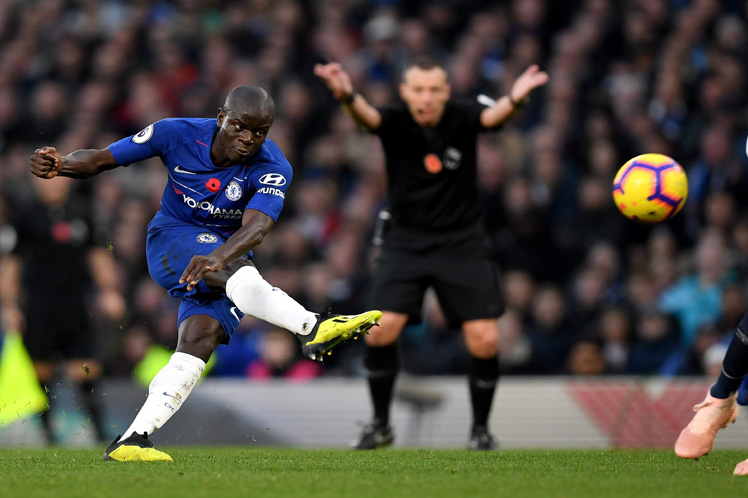 EURO CUP: Many mouths and only one soccer pie

Paris, (Prensa Latina) Finally, the Euro 2020 cup is taking place. The most awaited event in soccer after the World Cup guarantees a top-notch show, with 13 of the first 20 teams ranked in the list of the International Federation of Association Football (FIFA) in competition, several of them with real chances for the title.
Share on facebook
Share on twitter
Share on whatsapp
Share on telegram
Share on email

Covid-19 delayed the start of the 24-team tournament, with an unprecedented 11 cities as venues to host 51 matches in the same number of countries from June 11 to July 11, with London’s iconic Wembley Stadium hosting the final.

As it is always the case in the world of sport, comments about favorites teams to win the crown and players called to stand out on the field are the talk of the day about a tournament marked by sanitary measures and a single facility with one hundred percent of its seats ready to receive the fans, at least in the early stages of the competition, the Puskas Arena in Budapest.

When it comes to favorite contenders, the first to come to mind is France, reigning world champion, runner-up at Euro 2016 and one of the semi-finalists in the second edition of the Union of European Football Associations (UEFA) Nations League.

But it’s not the trophy haul that puts coach Didier Deschamps’ Les Bleus on everyone’s lips, but their galactic attacking trident of Kylian Mbappé, Antoine Griezmann and Karim Benzema – back after a five-year absence with the national team – supported by a midfield of N’Golo Kanté and Paul Pogba, and defenders of the likes of Raphael Varane, Benjamin Pavard and Lucas Hernandez.

France entered 2the tournament with a great incentive, besides pretending to reign in the world and in Europe at the same time, and that is to win its third title in the event -which celebrates its six decades with a year delay-, a victory that would equal the conquests of Germany and Spain.

As for the Teutons and Iberians, although they swell the list of contenders to be considered, the youth and renewal in their ranks seem to relegate them in the forecasts; after all, soccer is no longer the sport Gary Lineker described as simple, in which ’11 play against 11 and Germany always wins’, although Joachim Löw longs to say goodbye to the Mannschaft through the big door.

Respect, that’s what the supporters of Portugal and veteran star Cristiano Ronaldo demand, after all, Portugal are the reigning Euro champions and have plenty of resources to be reckoned with, with CR7 accompanied by João Félix, Bernardo Silva, Diogo Jota, Danilo Pereira and Bruno Fernandes.

Belgium and England also deserve attention and have a chance to win the pennant, both semifinalists of the Russia-2018 World Cup, in a list in which the young but ambitious Italy, coached by Roberto Mancini, and the Netherlands, led by the experienced attacker Memphis Depay, should not be ruled out.

The Belgian Red Devils are top of the FIFA rankings and represent on paper the most feared team after France, however, they arrive at the Euro as a real headache for coach Roberto Martinez.

Manchester City’s stellar attacking midfielder Kevin De Bruyne is coming off an injury in the Champions League final and the ailing Eden Hazard is a question mark; perhaps too much pressure for players like striker Romelu Lukaku and goalkeeper Thibaut Courtois, among the best on the planet in their positions.

As for the stars of the Euro-2020, specialists follow closely genious Mbappé, Belgian De Bruyne, despite doubts over his health, English striker Harry Kane, Polish Robert Lewandowski and Dutch Frenkie De Jong, although the list of stars is long and the field will say the last word.

The most notable absentees are prodigy Erling Haaland, as Norway did not qualify for the tournament, and illustrious veterans Zlatan Ibrahimovic (Sweden), due to injury, and Sergio Ramos (Spain), sidelined by coach Luis Enrique.

(Taken from the Orbe Sports Weekly)