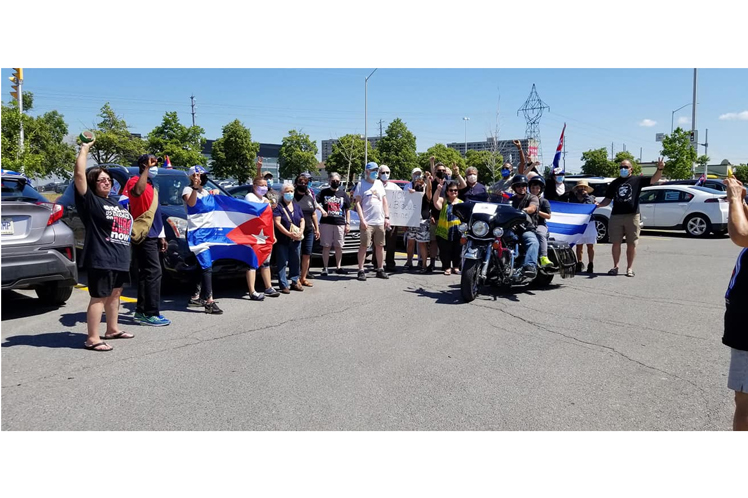 According to the letter, this policy, as a remnant of the Cold War, shows the inability and/or unwillingness of the executive in Washington to find diplomatic ways to solve their differences with Cuba.

We are proud that the government of Prime Minister Justin Trudeau joined the world in condemning this absurd policy in the past and we sincerely hope that, once again, our second homeland will honor its tradition of justice and respect for international law.

The Association of Cuban Residents in Canada in its appeal to Marc Garneau, Foreign Affairs Minister, pointed out that the world voted overwhelmingly against this obsolete and failed attempt by the United States to resolve its dispute with Havana by punishing its people.

The euphemistically named embargo negatively affected the most vulnerable sectors of Cuban society. Under Donald Trump, the economic war against Cuba reached unprecedented levels with more than 240 punitive measures against the Cuban people, the text indicates.

The association denounced that at this time of Covid-19, Washington’s economic war makes it extremely difficult to obtain medical equipment and other items necessary to protect and preserve the health of the Cuban people.

He also described as ‘unprecedented cruelty’ the denial of medicines and essential items to Cuban families, which in itself shows ‘the adversity that the Cuban people suffer day by day due to this aggression’.

We are proud that Ottawa exemplarily joined the world in condemning this absurd policy in the past and sincerely hope that once again, our second homeland will honor its tradition of justice and respect for international law, the association said.