Russia, Venezuela for majority UN vote against blockade on Cuba 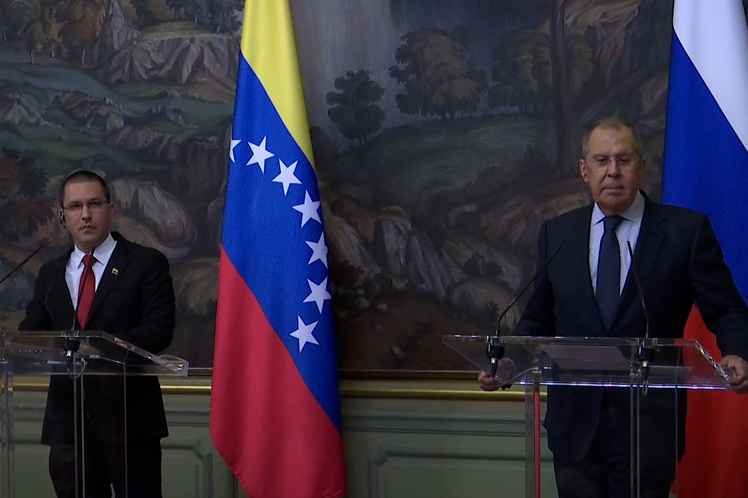 Russia, Venezuela for majority UN vote against blockade on Cuba

They will present this Wednesday in New York the resolution project ¨Need to put an end to the economic, financial and commercial US blockade to Cuba¨, in the reopening of the 75th UN session period.

In a joint press conference in Moscow, Lavrov warned that years ago it had already been difficult for US to convince other countries not to support an obvious UN resolution and of international right.

¨It is time for Washington to understand that affairs with other countries, including those from Latin America and the Caribbean, need to be resolved based on equity, rights, mutual respect¨, he said in response to Prensa Latina.

He underlined that the White House´s relationship with the region can’t be based on the Monroe Doctrine principles and those the previous administration dictated as a chief. ¨If that happens, I think it would be a great mistake of the United States¨, he pointed out.

As for the head of Caracas´ diplomacy, he said that the need for uplifting that policy by Washington is almost an absolute cry from all the peoples of the world.

¨It is one of the oldest unilateral coercive measures, and the longest one in contemporary history; and an unacceptable one, with no reason¨, Arreaza said.

He pointed out that Russia, Venezuela, and the immense majority of the other countries will vote in the UN in favor of the resolution project that has been approved by most member countries of the organization in more than 28 consecutive occasions.

Venezuelan Foreign Affairs minister reminded that, during Barack Obama´s administration the United States even ¨abstained, not to approve its own blockade, I hope Biden´s administration follows that road, they rectify¨, he pointed out.

He expressed ¨I wish one day there was unanimous vote against that US policy, ¨even though we know that some will not do it due to inhumane reasons, leaving nothing good for the international system and for our brother country Cuba¨, he warned.