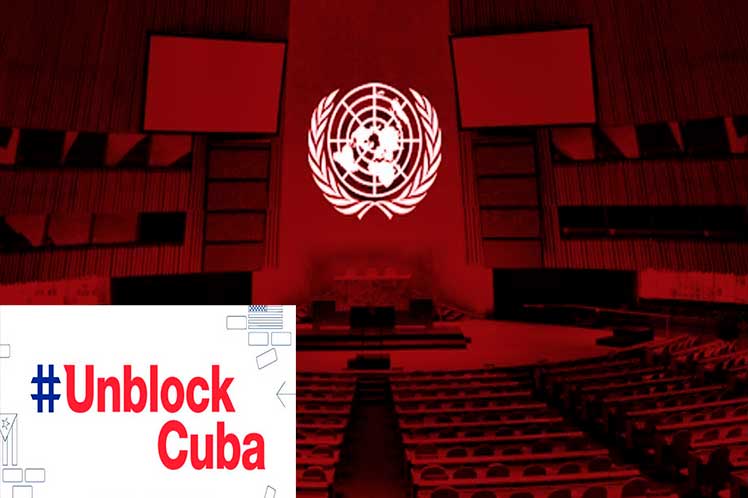 The Movement of Non-Aligned Countries (NAM) expressed its firm opposition to unilateral coercive measures such as the North American siege against the Caribbean island, which violates human rights and the right to development of an entire people.

He also denounced the extraterritorial nature of the blockade that affects third countries and prevents commercial and financial relations with Cuba.

The United States Government must take the necessary measures to reverse the measures against the Caribbean island, said the permanent representative of Azerbaijan to the UN, Yashar Aliyev, on behalf of the NAM.

For its part, the Group of 77 plus China highlighted the example that Cuba provided in the fight against the Covid-19 pandemic and its solidarity with other nations of the world.

He also reiterated the call for the end of the economic, commercial and financial blockade of the United States, which constitutes the main obstacle to the development of the largest island in the Antilles.

Meanwhile, the Singaporean representation, on behalf of the Association of Southeast Asian Nations (Asean), called for the lifting of this North American measure as soon as possible.

Asean reaffirmed its support for the draft resolution that will be presented today and calls for an end to the blockade, a text similar to the one systematically approved by an overwhelming majority of UN member states.

For the twenty-ninth time, the draft resolution ‘Necessity to end the economic, commercial and financial blockade imposed by the United States of America against Cuba will be presented to the United Nations General Assembly.’

Since 1992, the Assembly has supported that resolution calling for an end to the US siege, but the United States Government continues to ignore the countries of the world and persists in its hostile policy.

Former US President Donald Trump applied 243 new measures and sanctions against the island during the four years of his mandate, and to date Joe Biden’s government applies the same policy in its entirety.